Australia's space agency has been officially launched, with Dr Megan Clark appointed as the head of the AU$41 million outfit that is currently without a home.
Written by Asha Barbaschow on May 13, 2018 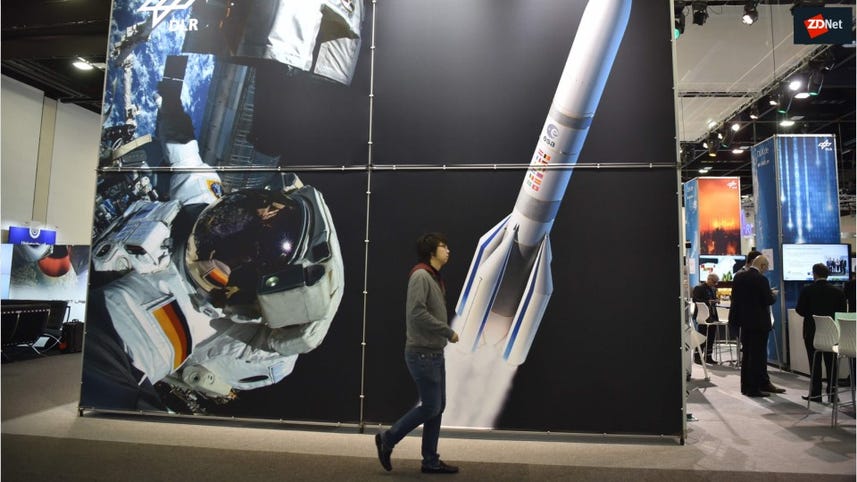 The federal government has officially launched its space agency and announced an initial AU$15 million in funding to "kick-start" its investment into international missions and space-related projects.

After committing AU$41 million in the 2018-19 Budget last week, it was confirmed on Monday the Australian Space Agency will begin operation from July 1, 2018, despite being without a place to call home.

The agency will be led by former head of the CSIRO Dr Megan Clark for its establishment and first year of operation.

The federal government expects the agency will support the long-term development and application of space technologies, grow Australia's domestic space industry, and secure the country's place in the global space economy.

"Its primary goal is going to be to grow the Australian space industry and to do that we need to partner internationally, coordinate nationally, and to ask ourselves why we are doing that? And it's really to improve the lives of all Australians and I think to inspire Australians with what Australia really can do in the space industry," Clark told ABC News on Monday.

Making the announcement at Woodside in Perth, Minister for Jobs and Innovation Michaelia Cash said the global space industry was growing rapidly and it was crucial that Australia was part of this growth.

"We have an extraordinary opportunity to increase our share of the growing global space economy," she said.

"Space technologies are not just about taking people to the moon, they open up opportunities for many industries, including communications, agriculture, mining, oil, and gas.

"The Australian Space Agency will support the long-term development of space technologies, grow our domestic space industry, and secure our place in the global space economy."

When asked by the ABC if Australians being sent into space was a possibility, Clark said Australia should "shoot for the stars".

"I don't think we should not shoot for the stars, I think Australian entrepreneurship, our creativity -- I'd love to bring to the agency and the agency to the world that real can-do Australian attitude," she said.

"Nearly every one of the manned missions where we've put humans into space, we've advised medically, we've been the tracking station as well ... so we have an opportunity there and I think we should certainly shoot for the stars and we will be looking for those opportunities."

According to a statement from Cash, the global space economy is worth around $345 billion, and growing at nearly 10 percent a year.

"And yet, despite the outstanding capability here on our shores, Australia only accounts for 0.8 percent of the global space economy," the statement reads. "We have a fantastic opportunity to triple the size of our domestic space industry to up to AU$12 billion by 2030."

The Australian government had revealed in September that it would be establishing a national space agency once its review into the space industry was complete.

It then announced signing a Space Tracking Treaty with NASA in October, with Cash saying the treaty "remains the foundation for a continued cooperative program between Australia and the United States".

At the time, Cash said Australia plays an important role in NASA's exploration of space, having assisted in "almost all of NASA's human and robotic missions to space".

Labor in March promised a AU$35 million investment into a Space Industry Program, comprising research hubs and local space industry development, if it were to be successful at the next election.

Space
NASA is blazing an inspirational trail. We need to make sure everyone can follow it