Nationwide legislation is expected to be in place come 2020.
Written by Asha Barbaschow on May 29, 2018 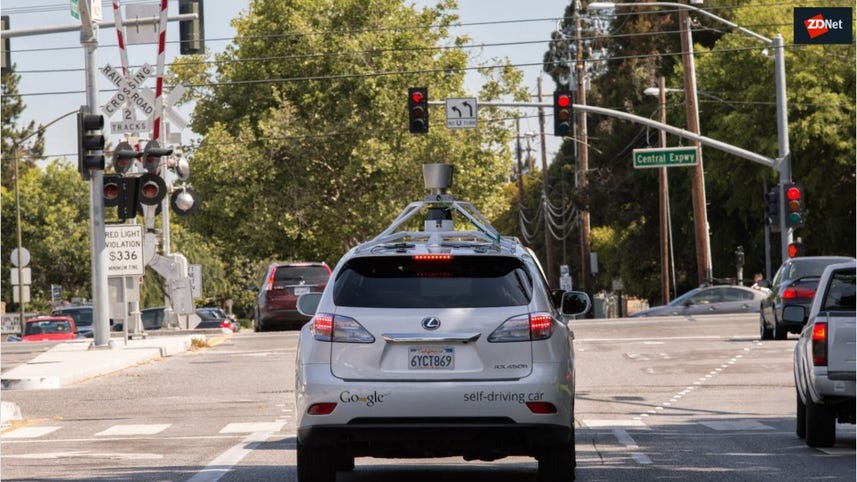 The National Transport Commission (NTC) has announced the drafting of a new national law that will enable the use of autonomous vehicles on Australian roads.

"With automated vehicles, there will be times when an automated driving system [ADS], rather than a human, will be in control of the vehicle. We need a nationally consistent law to know who is in control of a motor vehicle at any point in time," Retter said.

"Without a change to existing laws or new law, there would be no-one to hold responsible for compliance with our road rules when an automated driving system is in control of a vehicle."

According to the Changing driving laws to support automated vehicles: Policy paper [PDF], the key problem to be resolved through the reform is that Australian transport law currently assumes there is a human driver.

"It does not envisage a situation in which an ADS, rather than a human driver, is in control of the dynamic driving task," the paper says. "Obligations relating to driving and road safety through complying with traffic laws are placed on a human driver, and the human driver is responsible for the consequences of noncompliance.

"The Australian community cannot gain the benefits of automated vehicles, including safety, productivity, environmental, and mobility benefits, unless barriers in transport legislation applying to automated vehicles are removed."

Making 11 recommendations in total, the NTC noted the national law should clarify that no user in a dedicated automated vehicle has an obligation to be ready to drive or take control of the vehicle at any time.

"State and territory legislation should clarify that a person who starts, or is a passenger in, a dedicated automated vehicle is not subject to drink- and drug-driving offences concerning starting a vehicle or being in charge of a vehicle," another recommendation says.

The next step in the driving laws reform is to form a national working group, which NTC said will be the mechanism for the states, territories, and the Commonwealth to carry out the work required to bring the legislation to life.

NTC was in November 2015 charged with identifying whether there were any regulatory barriers associated with the introduction of more automated road and rail vehicles in Australia by the Transport and Infrastructure Council.

The following February it released an issues paper for consultation, and a discussion paper in May, that determined there were no regulatory barriers to automated trains and that the focus of ongoing work should be on automated road vehicles.

In May 2017, the Guidelines for trials of automated vehicles in Australia [PDF]and accompanying policy paper were released following approval by Australian transport ministers.

After a handful of other milestones, the NTC held a Transport and Infrastructure Council meeting earlier this month, where ministers agreed to a uniform approach across all states and territories, hoping to ensure there is "always a legal entity in charge of driving when an automated driving system is engaged".

The NTC said it will now work closely with road agencies and transport departments across all Australian states and territories to develop the detailed policy recommendations and legislative analysis necessary to establish the new law by 2020.

"This is a considerable change to national road transport laws, to support the significant changes we see coming in transport technology," Retter added.

Introduced by ACMA, the new regulations will enable the roll out of intelligent transport systems by Australian road traffic authorities.

Nvidia CEO Jensen Huang has said Uber's driverless car incident highlights the need for simulation options, but asked that Uber be given the chance to explain and an opportunity to understand exactly what happened.

Productivity
How to find a new job while still employed