If the government-owned broadband wholesaler begins to collect identity data on all Australians, heaven help us.
Written by Chris Duckett on Nov. 5, 2019 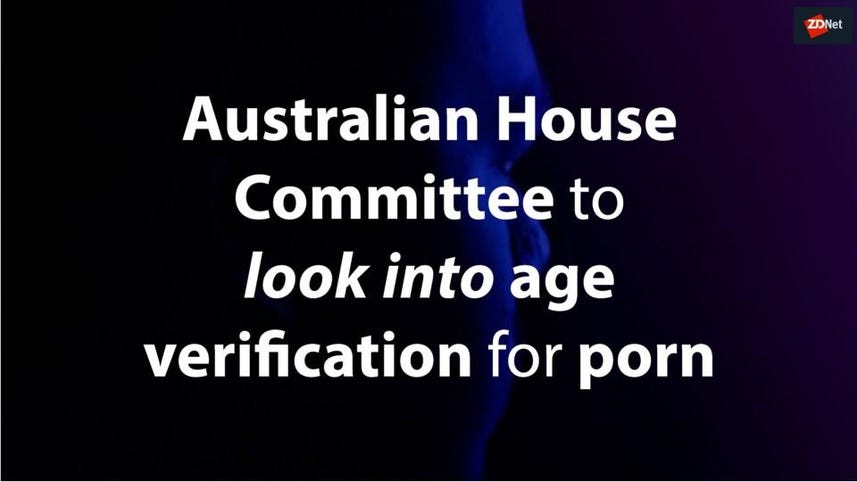 This is a future that the Australian Christian Lobby (ACL) believes in.

In a submission to the House of Representatives Standing Committee on Social Policy and Legal Affairs' inquiry into age verification for online wagering and online pornography launched in September, the ACL put forward its thoughts on how the verification process should occur.

"Alternatively, in order to protect the privacy of those providing ID documents, age verification could be the responsibility of the Internet Service Provider or NBN company.

"Age verification ought to be a part of a comprehensive cyber safety policy that protects children from online pornography."

The lobby said its supports age verification for all online adult sites.

"We believe that Australia has an opportunity to lead the world in this regard and become the safest place in the world for children to be online. What an enviable reputation for our nation to aspire to," it concluded.

Also making a submission was industry group Communications Alliance, which pointed out that while, years ago, it was safe to assume only adults had credit cards and that was a workable method for performing age verification, it has become a more complex proposition nowadays.

"At the risk of venturing into socio-cultural commentary, we believe that Australian parents, acting responsibly, can be far more effective at managing these issues than can a pure reliance on technological solutions," it said.

"The Committee might consider further examining the efficacy of the existing Restricted Access System Declaration before making recommendations on potential new directions."

The inquiry by the Committee is examining the sort of age verification system recently dumped by Westminster.

The rules, if passed, would have forced sites that monetise pornography to introduce proof of age checks -- such as the submission of credit card details or scanned copies of ID cards and passports -- or risk having payment services withdrawn or blocked for UK users.

"The UK system itself, when trialled, proved to be relatively simple to circumvent," the Communications Alliance said in its submission.

Queensland LNP Senator Amanda Stoker said in a submission that the dumping of the UK filter should not be a "green light to give up", but rather a chance to learn lessons and get the details rights.

"The UK laws did not fail for lack of want or need," Stoker said.

Stoker also argued that even though such a proposal could easily be skipped around by using a VPN, any measure that could raise the age that young people are exposed to sexual imagery should be explored.

One example highlighted by the department was the use of the Face Verification Service to prevent a child using their parent's driver licence to get around any age verification.

"Whilst they are primarily designed to prevent identity crime, Home Affairs would support the increased use of the Document and Face Verification Services across the Australian economy to strengthen age verification processes," the department wrote.

Home Affairs conceded the Face Verification Service was not operational, as it relied on the passage of biometric legislation through Parliament.

Last month, the Parliamentary Joint Committee on Intelligence and Security said the Bills did not have sufficient privacy safeguards and needed to be redrafted.

Australian supersized department would support the use of 'the capability' across the economy.

New inquiry becomes latest front in the culture war from the Australian government.

While ending its plans for overt age verification, the UK government said it remains committed to "protecting children online".

She said Australia should look to the successes and failures of the now-paused attempt by United Kingdom before introducing its own.