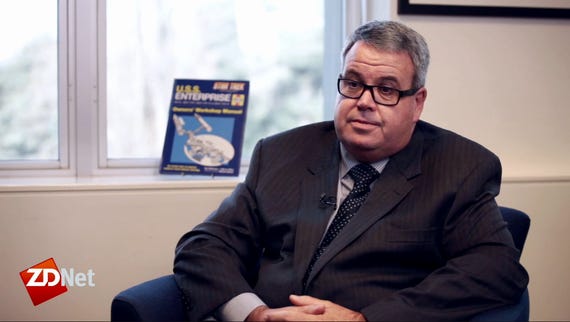 The cloud provider panel will provide the best selection of cloud companies and products on offer to the government, according to Australian Government Chief Technology Officer John Sheridan.

As a whole, the Australian government is taking baby steps into the use of cloud technology within government, with plans to move the Australia.gov.au and Finance.gov.au into the public cloud later this year, and plans to establish a cloud services panel similar to the datacentre as a service provider panel set up 21 months ago.

Sheridan told ZDNet that the DCaaS panel had resulted in 30 contracts signed in 21 months worth a total of AU$1.5 million.

"They've demonstrated to us the useful aspects of using cloud procurement as a form of meeting particular challenges or particular requirements for government IT," he said.

He indicated there was no rush to move services to the cloud, and it made sense to wait until contracts ended before considering any move.

"One of the challenges of understanding of where you might use a cloud procurement is to reflect on the fact that we're often in contract for things now, and you're not going to move into the cloud in the middle of a contract; you're going to wait until a contract reaches its end and then in accordance with the direction from government, evaluate cloud opportunities that meet that particular requirement, and use them if it is value for money to do so," he said.

In implementing the government's policy to use cloud whenever it is useful to do so, Sheridan said there were three ways that the government could have implemented it. The first would have been for the government to build its own cloud, but he said that wasn't practical.

"The challenge for that is it would require us to build two datacentres of our own, probably geographically separated here in Canberra. We'd have to maintain them for 20 years to get a return on investment," he said.

"Our previous work has shown us this isn't the best way to get datacentre services to start with. We can put that option to one side."

The second option would be to go to one cloud provider for a whole-of-government cloud. This wasn't ideal, either.

"Our view is that the market isn't ready for that just at the moment, especially when you consider that it would need a five-year contract with a couple of extensions to make it value for money for the actual supplier," he said.

The pricing changes in the market for cloud offerings meant it would make no sense for the government to choose one provider.

"It would be silly for us to pick one now, [to] try to pick the winner and hope that will be maintained in the future," he said.

The cloud panel, which will ideally be in place by the end of 2014, would allow cloud providers to compete on price and product offering, and for government agencies to choose the product that offered the best value to the agency.

"We can maintain the sort of competition that tends to drive prices down. We hope to have that panel in place by the end of this calendar year."

Join Discussion for: Australian Government CTO on finding the...