Two-factor authentication is now required when porting numbers from one provider to another.
Written by Aimee Chanthadavong on Oct. 15, 2019 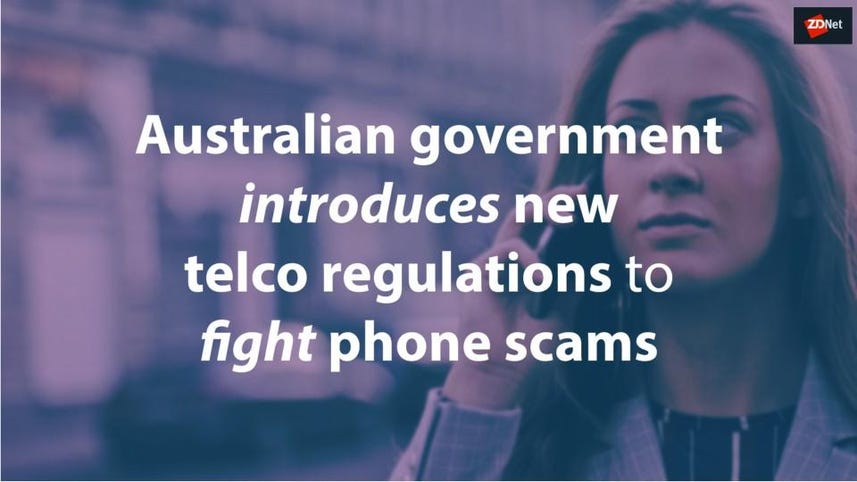 The federal government has announced new telco regulations in a move to prevent fraudsters from hijacking mobile numbers to access personal and financial information, and reduce phone scams.

Under the new industry-wide measures, telcos will be required to introduce two-factor authentication, such as inputting a code on a website or responding to a text message, before mobile numbers can be transferred from one provider to another.

Pre-port verification measures are already being used by many Australian telcos, including the major players Telstra, Optus, and Vodafone. However, the government believes there are still one million services that are yet to have these consumer safeguards implemented.

"The government expects all telcos to pull their weight. I want Australians to be confident that every telco has put in place strong verification processes to stop fraudulent mobile number porting and the devastating consequences it can have for victims," Minister for Communications, Cyber Safety, and the Arts Paul Fletcher said.

"That is why I have issued a formal direction to the Australian Communications and Media Authority (ACMA) to make new rules mandating stronger identity verification processes before mobile numbers can be transferred. The entire industry needs to put in place a solution otherwise those telcos without safeguards in place will be a magnet for fraudsters."

Fletcher said the ACMA will have until the end of April next year to ensure that all telcos meet this industry standard.

"Mobile number fraud can have devastating effects as scammers can gain access to bank accounts, email, social media and more," she said.

"Identity theft has long-term ramifications as victims struggle to regain control over personal and financial information often over years."

Fletcher said the new telco regulation is the first outcome from the Scam Technology Project, which kicked off in December last year. Led by the ACMA, the project is designed to see the communications watchdog work with telco companies to develop technology-based solutions to combat telco-related scams, including mobile number fraud.

Off the back of the project, the ACMA will release an action plan to limit telephone scams and is due to hand down its findings to the government in November.

Updated at 3.39pm AEST, 16 October 2019: clarified launch date for the Scam Technology Project and date for when telcos need to meet the new standard.

A quarterly complaints report from Comms Alliance and the TIO has found that complaints jumped across Optus and Telstra, and rose slightly for Vodafone during the first three months of the year.

TVs
Save $100 on the Dyson Ball Animal 2 Upright vacuum