It will also develop a data hub to store all of the collected information in real time.
Written by Aimee Chanthadavong on Dec. 18, 2019 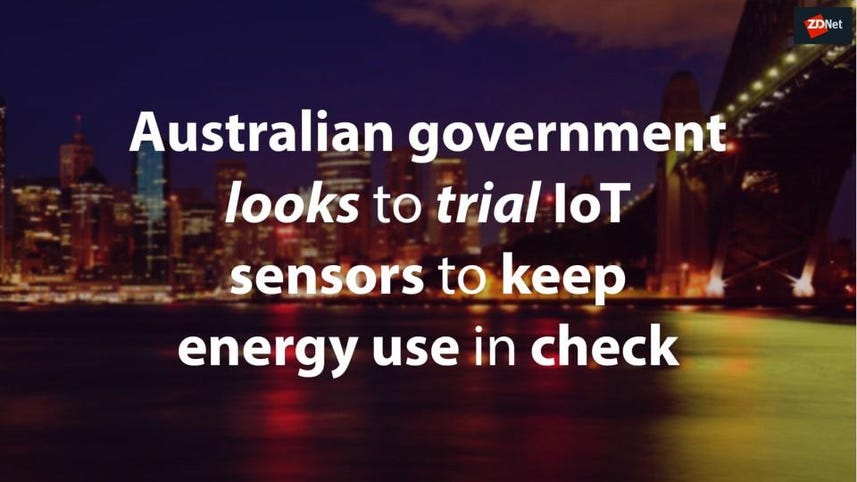 The Australian government has announced it will fork out AU$2.7 million in funding to support a three-year AU$8 million trial led by Sydney-based clean tech firm Wattwatchers.

Minister for Energy and Emission Reduction Angus Taylor said part of the commitment will be used to develop a consumer-facing energy data hub, called My Energy Marketplace, that would give consumers greater visibility over their energy use.

"The government is focused on delivering more affordable energy for Australian households. This initiative will better inform consumers, industry and government on household and business energy usage while putting customers back in charge," he said in a statement.

Taylor said approximately 5,000 households and businesses, and 250 schools will be invited to trial the use of the Wattwatchers smart energy devices, which will be installed to monitor energy use in real time.

The devices will track energy use and generate data to help reduce energy bills and understand the energy consumption of rooftop solar generation.

Households, businesses, and schools participating in the trial will be able to share their data with third-parties, including the Australian Energy Market Operator (AEMO) and distribution networks.

"Through a consumer-friendly app, consumers will also be able to participate in demand response programs that lower energy costs and support the grid by reducing energy consumption at times of peak demand," Taylor said.

The Australian Consumer and Competition Commission (ACCC), which was tasked with implementing the CDR, announced in February that energy data would join the CDR mandate in early 2020.

The Australian government then, in August, announced it would officially extend the Consumer Data Right (CDR), which provides consumers greater access to their personal data, to include energy services to give consumers the chance to compare and easily switch energy providers.

In a position paper, the ACCC proposed using the AEMO gateway model for sharing electricity market data, which means the AEMO will provide data on consumer's current electricity arrangements from their current provider to trusted third parties when authorised by the consumer.

The ACCC is developing rules to accommodate energy-specific arrangements, including appropriate authorisation and authentication models.

The CDR for energy will initially apply to the National Electricity Market, which excludes Western Australia and the Northern Territory, before it's expanded to other energy markets over time.

According to Australia's greenhouse emissions watchdog in its annual corporate emissions and energy data report.

Fourteen initial members have been appointed to the committee for 12 months.

How Origin Energy is preparing for the future

The company is looking to remain relevant by analysing data, partnering with startups, and not sparing any technology vertical in its pursuit of what Future Energy looks like.