The cloud giant has added a total of six new renewable energy projects, with the Aussie one bring its first outside of the US or Europe.
Written by Asha Barbaschow on Dec. 2, 2019 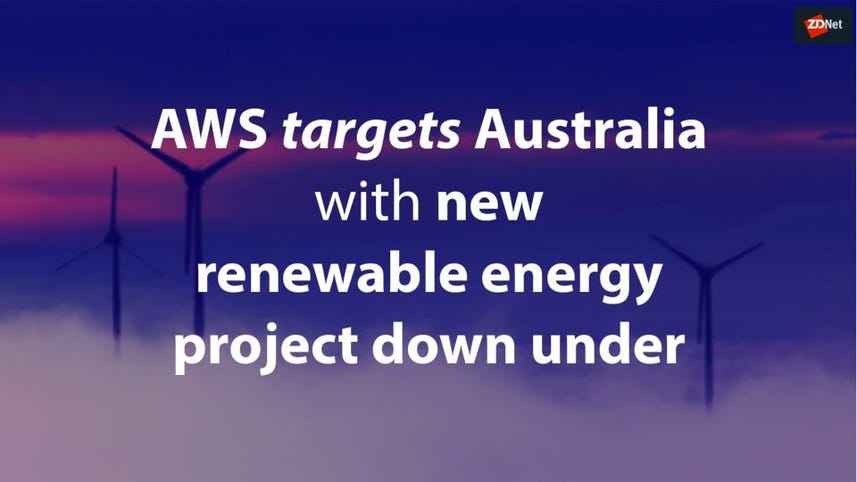 Amazon Web Services (AWS) has announced it is extending its renewable energy play beyond Europe and the United States, touching on six new projects including one in Australia.

Making the announcement during Monday Night Live on the eve of the official start of AWS re:Invent in Las Vegas, VP of AWS global infrastructure Peter DeSantis said that while it has focused on renewable energy for a while, the company needed to extend this globally as the company increased its presence.

The six new projects will be comprised of five solar farms and one wind farm.

"I'm excited that as part of this announcement, we have our first non-US, non-EU project," DeSantis said.

This, he said, would put the company on the path to net zero carbon by 2040.

"Our final goal is to achieve net zero carbon by 2040. Major investments in renewable energy are a critical step in addressing Amazon's carbon footprint globally … but 100% renewable energy alone doesn't get you to zero net carbon," DeSantis said noting there is impact beyond just the company itself, given how big Amazon spans.

"For example, to fulfil customer orders it requires us to use transportation … sometimes aeroplanes, which today are powered by petroleum."

This week, Australia's greenhouse emissions watchdog, the Clean Energy Regulator, published its report on corporate emissions and energy data, with Amazon seeking to withhold its information from the public.

The company consumed 243,570 gigajoules (GJ) of energy and emitted around 56,000 tonnes of emissions.