Australian news generated AU$10m in revenue for Google in 2019

The search giant said the value of news isn't about economics, rather, it's about news' role in educating and informing Australians, as well as its importance in strengthening democracy.
Written by Asha Barbaschow on June 1, 2020 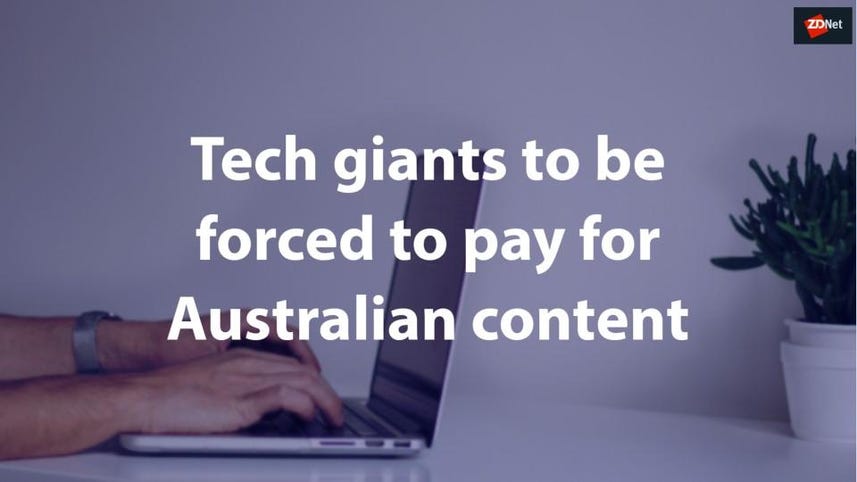 Google wants to have a discussion "based on facts" with government and regulators when it comes to the profitability of online news in Australia, saying the value of news isn't about economics.

"The value of news to Google isn't about economics, it is about its role in educating and informing Australians, as well as its importance in strengthening democracy," it said.

In a blog post, which comes in direct response to the Australian government announcing earlier this year it would develop a code of practice to make tech giants such as Facebook and Google pay for Australian content if it is a source of profit, the search giant reiterated that it barely makes any money from news content -- a mere AU$10 million in revenue last year.

"We don't run ads on Google News or the news results tab on Google Search. And looking at our overall business, Google last year generated approximately AU$10 million in revenue -- not profit -- from clicks on ads against possible news-related queries in Australia," it wrote. "The bulk of our revenue comes not from news queries, but from queries with commercial intent, as when someone searches for 'running shoes' and then clicks on an ad."

Must read: Google says it doesn't make money from Australian news, kind of

Also "very small" to Google is the indirect economic value it gets from News in Google Search. It said of all the things people come to Google for, news is a very small part, and in the last year, news-related queries accounted for just over 1% of total queries on Google Search in Australia.

"The 'indirect value' argument also overestimates the relevance of a small fraction of hard-to-monetise queries and fails to consider that 'indirect value' cuts both ways -- Google Search encourages lots of traffic to news publishers from users who weren't originally looking for news content at all," it said. "As an example, a search for 'Melbourne' would return results like tourism links, maps, local government information, news headlines, and more."

Google considers an existing "two-way value exchange" as substantial, pointing to a previous remark it made that Google drives traffic to news sites more than 24 billion times a month globally.

"To put it plainly, a lot of people (Australians and beyond) click from Google through to Australian news websites, which gives publishers the chance to make money by showing them ads or turning them into paying subscribers," Google said.

It said that in 2018, Google Search accounted for 3.44 billion visits to large and small Australian news publishers for free. It used research from Deloitte in Europe to translate that into approximately AU$218 million in value going to Australian publishers each year from Google traffic alone.

"In summary, news media businesses are likely to derive far more cross-content benefit than they generate," the search giant added.

"We are always looking for new ways to support journalism -- not because we make money from it, but because we believe that everyone benefits from its contributions to society and its critical role in fighting misinformation."

Google said while it recognised the importance of news and is committed to finding new ways to support publishers, it claimed that a mandatory code would have important consequences for Australians, such as affecting which types of news is consumed and how it is searched and discovered through Google.

"As we work with the ACCC and government, as well as with media companies to build out new solutions to derive additional revenue, it's important to base decisions on facts, not inaccurate numbers and unfounded assertions," it wrote.

For 2019, Google Australia reported post-tax profit of AU$34 million on revenue of AU$1.24 billion. Compared to the year prior, advertising revenue was up AU$158 million to AU$719 million.

The Australian Competition and Consumer Commission (ACCC) last month published a concepts paper on the impending mandatory code, seeking feedback on how best to address the imbalance in bargaining position between news media and particular digital platforms, posing 59 consultation questions.

"As we move forward, it's important that we have a discussion based on facts," Google added.

The move forms part of the government's response to the ACCC's Digital Platforms Inquiry, which in July made a total of 23 recommendations that covered competition, consumer protection, privacy, and media regulatory reform.

MORE FROM THE DIGITAL PLATFORMS INQUIRY