Vertical farms could make use of abandoned professional spaces as the pandemic grinds on.
Written by Greg Nichols, Contributor on Aug. 20, 2020 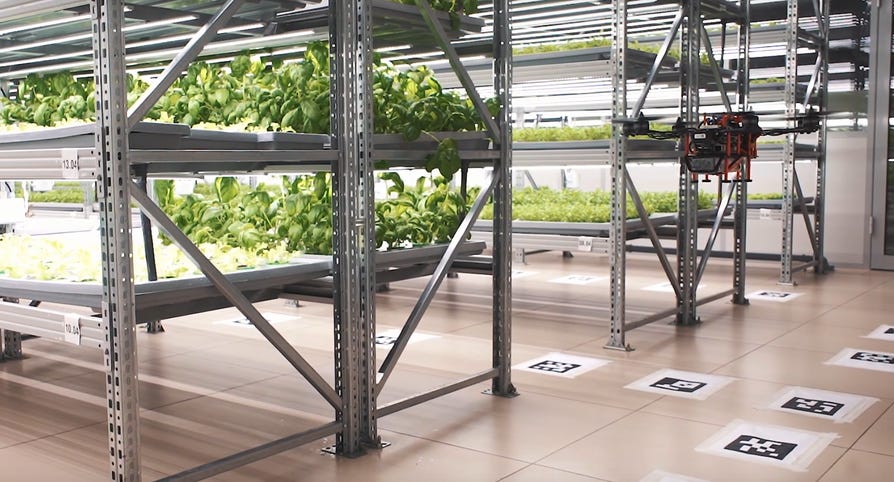 A Finish startup has been climbing the walls during the pandemic. At least the crops it helps grow in vertical gardens have been, including greens, berries, and vegetables in areas like the Middle East.

iFarm has figured out a smart value proposition in the still-nascent market as a developer of vertical farm management technology, essentially an operating system that utilizes tremendous volumes of sensor data to fine tune automated crop growing. The company believes it's entering a market primed for steep growth.

"Investors can participate in the worldwide network of vertical farms and receive a rate of return well above bank deposit rates.", says Alex Lyskovsky, co-founder and President of iFarm. "We already have a group of financial partners involved in the development of our farms, and now there is a direct opportunity for this type of investment in Finland, UK, Switzerland, Netherlands, Russia and UAE."

One of the interesting advantages of vertical farming, particularly in a pandemic when so many professional spaces stand empty, is that it's possible to utilize the urban environment to facilitate crop growing. By growing crops closer to city dwellers, the company can offer logistics efficiencies and unparalleled freshness.

This at a time when traditional farming is less and less viable. Global agricultural productivity is suddenly slowing for the first time in decades. No one is quite sure why, but it's likely a systemic problem related to the rise of monocultures and the overuse of fertilizers, which add harmful salts to soils. Farmers are also aging globally as younger generations migrate to cities. That's largely because a productivity boom over the last century has kept food prices low, which makes farming unattractive economically. It's a double whammy now that that productivity can no longer be taken for granted without major rethinks to the food supply chain.

Vertical farming and other smart agriculture innovations may offer realistic alternatives, and they've captured imaginations due to novel use of space and cutting edge technologies. iFarm's Growtune tech platform allows growers to leverage technologies like computer vision, machine learning, and huge volumes of data data. The system can enable farming operations to spread vertical farms across distributed networks while still maintaining centralized control. And if there's any doubt that farming has changed, the level of control is staggering. The Growtune platform can determine the plant's weight, as well as growth deviations or pathologies, and build a system that improves crop quality and characteristics on its own. According to iFarm, the optimization will reduce labor costs for crops like strawberries, cherry tomatoes, sweet peppers, radish, and others.

"The 2020 pandemic exposed the problems of the global food system – food supplies, sowing and harvesting were disrupted across the globe", says Mikhail Taver, Managing Partner at Gagarin Capital. "iFarm is taking a novel approach to agriculture, offering an automated solution to grow crops close to the consumer and ensure food security. We believe that the future of the food market lies in modern technologies and are excited to support the project on its way."