Scrappy company is outpacing competition in the race for autonomy domination.
Written by Greg Nichols, Contributing Writer on July 22, 2020 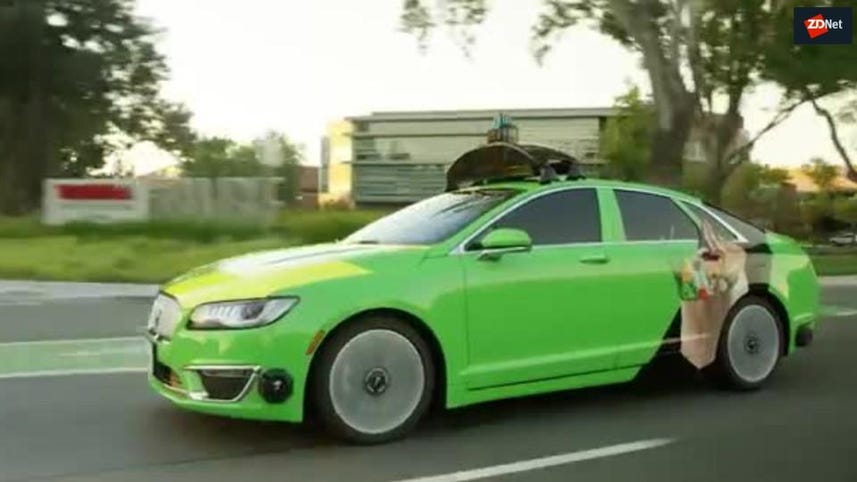 Essentially the permit allows AutoX to test its cars without a safety driver on public roads within a confined testing zone. The permit also allows for testing with passengers, and AutoX will focus its operations on surface roads in San Jose with a speed limit of up to 45mph.

I've written that AutoX is the unlikely little company that could. Since coming out of stealth in 2018 with an announcement that it would begin delivering groceries via its L4 autonomous vehicles, then a major milestone, the company has battled head to head with much larger rival Waymo for a series of L4 autonomy firsts.

Bootstrapped through its early years, and founded by a Princeton Professor named Jianxiong Xiao, AutoX has a founding mission to democratize autonomy, a lofty goal that the company nonetheless seems to be on track to fulfill. Jianxiong's value proposition in a crowded market has been an evolving hardware stack that in the early days consisted of nothing more visible spectrum cameras paired with AI, which he argued would be enough for safe L4 autonomous driving. His company has operated in stealth for most of its tenure, although a California DMV filing to test self-driving vehicles put him on the industry's radar.

The latest AutoX deployments use lidar. Robosense and DJI are the hardware providers for AutoX's laser configuration, an automotive-grade MEMS-based Lidar M1 by Robosense. DJI is a world-leading manufacturer of commercial unmanned aerial vehicles but has expanded to the lidar market.

This is far from the company's only foray onto California roads, which it has been driving on since early 2017 when it received permission to test its cars with safety drivers. Working with the California Public Utilities Commission, AutoX obtained the second Autonomous Vehicle Pilot Permit and launched its xTaxi pilot programs to the public.

AutoX currently operates robotaxi fleets in two Chinese megacities, Shenzhen and Shanghai. The company says the extremely diverse data and experience operating in challenging urban centers in China has given it valuable advantages in perfecting its technology faster in global expansion.