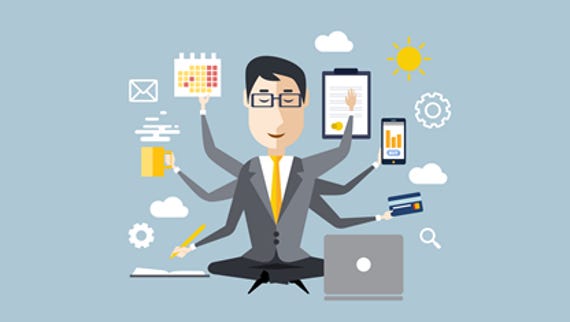 The three-year degree, claimed as the first of its kind in Australia, has been developed by online learning provider Didasko, and will be offered as a full or part-time study option exclusively online.

The learning content is based on materials adapted from AWS global programs, specifically AWS Educate and AWS Academy, which include resources from AWS Certified Cloud Practitioner and AWS Associate Solutions Architect certifications, as well as focusing on machine learning, big data analytics, and cybersecurity, a statement from AWS explained.

"When we speak with our customers across public sector, startups, small-to-medium business, and large enterprises, there is one common theme -- they are all looking for talent skilled in applying AWS services to help them remediate technical debt and drive innovation," regional managing director for Asia Pacific and Japan, AWS Worldwide Public Sector Peter Moore said.

After completing the first of three years, students will receive an applied diploma; an associate degree after the second year; and a full bachelor's degree in Applied Cloud Technology at the completion of the final year.

"We are excited to bring this innovative degree offering to students within Australia and internationally, working closely with AWS to meet a critical workforce need," added professor John Dewar, vice chancellor and president of La Trobe University. "La Trobe is highly focused on delivering course opportunities that are closely connected to future careers in a rapidly transforming workforce."

The first intake for the new degree kicked off this month, and it is expected that subsequent intakes will continue on a monthly basis.

The private sector is also partnering to train its own people on cloud, with the National Australia Bank (NAB) earlier this year launching the NAB Cloud Guild, an internal program that offers up AWS skills training.

"Cloud computing is becoming a dominant technology platform, and our people need to have the relevant skills to deliver for our customers," NAB chief technology and operations officer Patrick Wright said previously. "Customers are demanding seamless digital experiences, and we need to be ready to deliver."

Meanwhile, TAFE institutions around Australia agreed to deliver cybersecurity qualifications in January in a bid to tackle the skills shortage the industry is facing.

"We've got an industry that's expected to grow three times to be three times bigger than it is today over the coming decade, so we really need good Australians who want to find great opportunities," Minister for Law Enforcement and Cybersecurity Angus Taylor said at the time. "There's fewer faster-growing industries than this one."

This followed an initiative from the federal government that sees the University of Melbourne and Western Australia's Edith Cowan University lead the country's efforts to boost cybersecurity capabilities by addressing the industry's skills shortage, offering cybersecurity-specific degrees out of their respective campuses.

The Australian government has reignited its visa reform discussion, with Minister for Citizenship and Multicultural Affairs Alan Tudge telling members of the Business Council of Australia that the holes in their tech capability can still be filled under the 'skilled migration' plan.

With AU$1.91 million over four years, the two universities are expected to address the shortage of skilled cybersecurity professionals through the country's first batch of Academic Centres of Cyber Security Excellence.

Atlassian paints dire future for workers in the face of automation

Mike Cannon-Brookes told a Senate inquiry that if action isn't taken by the Australian government to upskill and retrain people in the face of automation, the consequences are pretty grim for not only workers, but the future of the nation too.