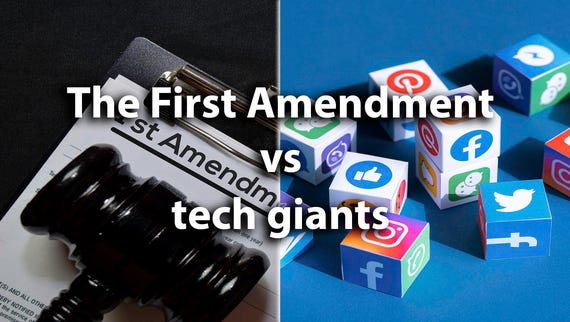 The move comes after Google and Apple also banned the social app citing a violation of terms. Apple also cited a lack of moderation. It's unclear what hosting option Parler will be able to use. AWS is the largest cloud provider with Microsoft Azure and Google Cloud Platform No. 2 and No. 3, respectively.

Parler's platform has been seen as a way to organize the Capitol Hill riot. Following the attack, President Trump was deplatformed from Twitter, Facebook, Instagram and other social networking venues. CNET has been rounding up the aftermath of the Capitol Hill riot as have other news outlets.

Sunday (tomorrow) at midnight Amazon will be shutting off all of our servers in an attempt to completely remove free speech off the internet. There is the possibility Parler will be unavailable on the internet for up to a week as we rebuild from scratch. We prepared for events like this by never relying on amazons proprietary infrastructure and building bare metal products.

We will try our best to move to a new provider right now as we have many competing for our business, however Amazon, Google and Apple purposefully did this as a coordinated effort knowing our options would be limited...

A set of Amazon employees were lobbying the company to disconnect Parler from AWS for hate speech and its role in organizing Wednesday's storming of the Capitol. In a letter to Parler obtained by Buzzfeed and confirmed by Amazon, AWS said that it saw a steady increase in violent content on its site and that "it's clear that Parler does not have an effective process to comply with the AWS terms of service."

Matze's reference to bare metal products may indicate a contingency plan, but the CEO also noted Parler is starting from scratch and may be down for up to a week.

Now that the Parler site is down it remains to be seen how fast the company can rebuild.