Back in business: How pubs, gyms and holiday parks have been preparing to welcome back guests

Leisure and hospitality businesses have been working tirelessly to get customers back through their doors since lockdown restrictions eased in the UK - with technology the driving force.
Written by Owen Hughes, Senior Editor on Aug. 21, 2020 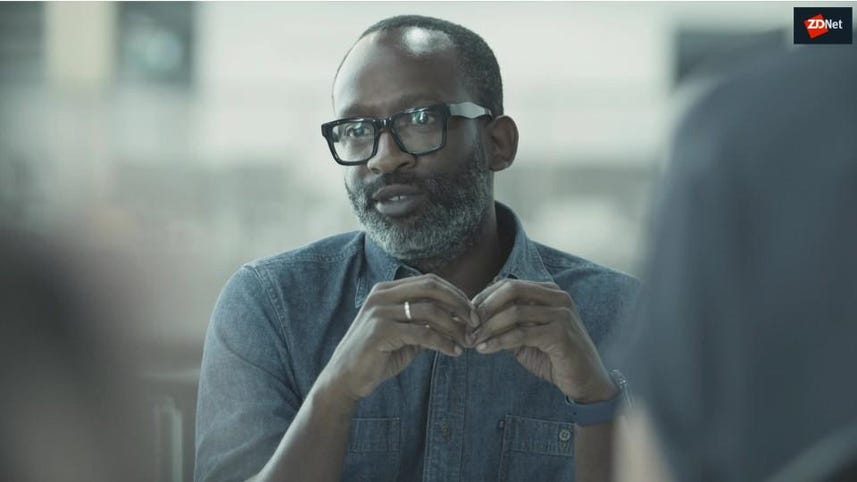 The cautious reopening of shops, bars and restaurants has helped restore an air of normality to the world in recent months, bringing some much-needed relief to an anxious and frustrated general public. While COVID-19 still poses a very real threat, the relaxing of lockdown rules has brought a collective sigh of relief from businesses, which have endured months of financial uncertainty as their customers were confined to their homes.

Life may be starting to feel a little more familiar, but there is vast chasm between the current situation and 'normal'. Indeed, many businesses – particularly those in hospitality, retail and leisure – have had to entirely re-think their models during lockdown, spending the past few months meticulously planning how they could welcome customers back through their doors while adhering to ever-changing guidance.

Some have been able to adapt more quickly than others. A number of pubs, bars and restaurants, for example, shifted their businesses to takeaway-only when seated guests were still not allowed, allowing some venues to resume trading earlier than would otherwise have been possible.

Rockwater Hove, an independent restaurant and bar based in the city of Brighton and Hove, was one of many businesses that had to rethink its approach to service before it could serve customers again. As has become a familiar fixture in post-lockdown pub setups, the bar has introduced an app to allow customers to order and pay for food from their table, limiting physical interaction with staff.

The app is called Ubarmarket – a modified version of the in-store shopping app, Ubamarket – and integrates with Rockwater Hove's electronic point of sale (EPOS) system. The app offers other benefits, such as the ability to understand customer behaviours and preferences, which the bar aims to utilise after the initial trial phase.

Rockwater Founder Luke Davis says that having an app as a core part of Rockwater was the intention before COVID-19, but these plans were fast-tracked once the pandemic struck. The company had been in discussions with Ubamarket for nearly a year beforehand, during which time it was able to ensure that the app would integrate with its EPOS.

Rockwater Hove was fortunate enough to have obtained permission to set up seven shacks along the Brighton seafront, allowing it to operate a limited food-and-drink service while its main venue remains shut. "COVID-19 has pushed our opening back from summer 2020, though we hope to open later this year," Davis tells ZDNet.

"The shacks have been a great source of learning and have given us a chance to try a few things and get feedback from the community. We'll be part of the new Ubarmarket trial at the start of September for the shacks, which will do the same thing ahead of opening the main Rockwater site."

"We will also be utilising screens rather than receipts and kitchen printers, to minimise paper contact whilst being able to traffic-light monitor speed of service. The EPOS system will also integrate with an online-booking system to give customers confidence whilst helping us to deploy our teams efficiently through pre-booked numbers."

Paramount to the easing of lockdown restrictions is contact tracing. Bars, pubs and restaurants are now required to collect the details of visitors so that anyone who comes into contact with the virus can be traced and notified, to compliment the as-yet-unreleased nationwide solution from the NHS.

Cold Town House brewery in Edinburgh has been using software from Scottish software startup Stampede, which collects customers' contact details via Wi-Fi and allows venues to track and timestamp new visitors. Customers can provide their details while registering to connect to the venue's guest wi-fi; alternatively, the service allows customers to scan a QR code displayed at the venue and register their details.

The pub had been using Stampede before the outbreak of COVID-19, but purely as a Wi-Fi portal. Stampede has since extended the proposition into a contact-tracing system, with QR codes and manual registrations features having been added specifically for this purpose.

"When people come into the venue, we can see exactly who was there, exactly when they arrived and exactly when they left, just so that we can make sure if something – God forbid – does happen, we know who might be affected by that, who the members of staff were, and nip it in the bud before anything gets out of hand," says Steven Watson, head of digital for the pub's parent company, Signature Pub Group.

Beyond contact tracing, having visible and reliable COVID-19 measures in place makes visitors feel secure – something that will be key if bars and restaurants hope to encourage customers back through their doors.

For Watson, this means showing they're taking new measures seriously. "From a customer point of view, it's good for us to restore some confidence," he says.

"As you can imagine it was a very challenging time for us, having to flip our business model pretty much on its head. The challenge, after changing your business to being fully outdoors and takeaway, was to actually bring people back inside the venue."

Some businesses have adapted better than others. Gyms and leisure facilities have been particularly hard-hit by the pandemic, being among the first businesses to close as well as the last to reopen, due to concerns over whether they could maintain the necessary social-distancing and hygiene precautions.

In the time that gyms have been planning their reopening, some members have turned to home and app-based workouts to get their fix, and membership numbers have plummeted. The situation is particularly difficult for fitness facilities based in city centres, whose members mostly consists of workers who occupy the surrounding – and currently still empty – offices.

Club Vitae operates 13 health clubs across Ireland, including a facility located in the Clayton Hotel in Cork's central business district. The club had 1,250 members as of 16 March; this has now almost halved to 650, largely owing to the fact that its core clientele is still working from home.

As well as shuffling around equipment and taking other pieces out of service, the gym is currently opening in one-hour windows, then closing for half an hour so staff can perform a deep clean.

Needless to say, it's a laborious process. "The gym is at less than 50% capacity anyway, so straight away that's a massive loss," says Club Vitae leisure centre manager, Tony McGrath.

"Then, we're closed for pretty much a third of the day, when we're cleaning. That takes usage down another notch. It's obviously very labour-intensive."

Prior to the COVID-19 outbreak, Club Vitae had been using an SaaS platform called Over-C to automate and digitise operational tasks, such as equipment checks, to improve auditing and cut down on manual, paper-based processes. This has since become instrumental in the gym's reopening, particularly as staff are now dedicating so much of their time to cleaning.

In addition to making operational checks paper-free, the club is using sensors to monitor gym member footfall, and track exactly which areas of the gym are busy at any given time so that it can keep tabs on which equipment needs cleaning.

"We're going above and beyond the guidelines to make sure everyone is safe, and that it's not going to come back on us," says McGrath.

While Club Vitae's gyms were shuttered, the club, like many fitness facilities, offered virtual workouts that members could take part in from home. McGrath acknowledges that this could spark a longer-lasting change in how people approach their fitness, though he believes it's unlikely to turn the industry on its head.

"There's always going to be a place for the industry, but yes, I think we probably need to adapt slightly, and that's because the usage has gone down by so much," he says.

"There might be a blend of workouts – [for example] you're coming in two times a week but you're training at home twice as well."

The easing of lockdown restrictions in the UK also coincides with the time of year in which many people, particularly young families, begin their summer holidays. With many still rightly cautious about travelling overseas, more holidaymakers have been looking at UK-based getaways as a means of putting some distance between themselves and the homes they've been confined to since March.

This has put additional pressure on holiday and leisure parks in the UK, which – following a spate of cancellations and refunds thanks to COVID-19 – scrambled to reopen their sites almost as quickly as they'd been forced to close.

For Haven Holidays, it was imperative to have systems in place to ensure that visitors flocking to its sites didn't pose an immediate safety threat. "Crowds and queueing were a definitely a 'no-no' from day one," Neil Hobbs, IT director at Haven Holidays, explains.

"We did a lot of work on plotting out what all the limiting factors were – the number of people we could process on-park per hour coming through a gate entrance, even down to each park measuring out the length of driveway to the main road. In some of our larger parks, which receive 1,000 vehicles arriving in a day, if you get that sequencing wrong, that can spill back into the neighbouring town, and in some instances go back to the junction of the motorway."

For Haven Holidays, the solution was to build a new operations platform and check-in system for guest arrivals. Built along with software company TAAP, the app allocates an arrival slot for each visitor and generates a digital pass, allowing them to be checked through security without having to come into contact with staff.

Haven has also been operating a 'dark park' during the lockdown period where staff would perform scenario planning to work out the more practical elements for accommodating the safe return of visitors – for example, where new, one-way driving routes could be laid out to minimise traffic jams, as well as figuring out exactly how many hand sanitiser points were needed throughout the park.

"[We] had to take a long, hard look at their demographic and physical setup," Hobbs admits.

"The amount of measured risk taking we've done through COVID-19 has been phenomenal – touch-wood, the majority of them have paid off in spades."

2020 has been tough for everyone, and while the 'new normal' is yet to be defined, the last couple of months may at least have given us a taste of how it might look. Needless to say, technology has a significant role to play in helping businesses navigate the uncharted waters that lie ahead – although after months of uncertainty and with the threat of a second spike looming, it's unlikely to be smooth sailing.