Full Bio
Posted in Between the Lines on January 29, 2018 | Topic: Artificial Intelligence 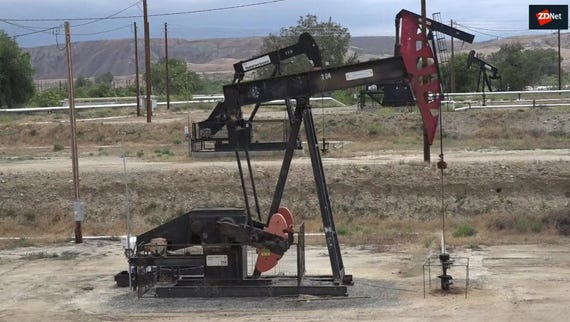 Videos: GPUs are a gamer changer for oil and gas sector

Baker Hughes GE and Nvidia are collaborating to bring artificial intelligence and analytics to the oil and gas industry in a move that aims to absorb data from sensors, weather, drilling, and seismic data as well as make operations more predictive.

Binu Mathew, global head of digital products for Baker Hughes GE, said the Nvidia collaboration will leverage GPU-powered systems on rigs and in the cloud to make sense of data related to oil drilling. "In an oil and gas field there are a lot of sensors and data in remote operations that's collected, but very little of it is analyzed," said Mathew.

The oil and gas industry has plenty of data, but not necessarily information and knowledge. With Nvidia, Baker Hughes GE is building computational models for the Internet of Things and aiming to provide analytics and actionable information, said Mathew. The two companies have worked together for about a year.

Another reality for the oil and gas industry is that the sector is more about data as much as it is hydrocarbon. The average off-shore rig generates 50TB of data a year from sensors as well as operational and financial operations.

Under the partnership, Baker Hughes GE is taking Nvidia's core AI techniques and technology and then using its domain knowledge to develop models and analytics software. "The amount of computing power has been accelerated by Nvidia's chips, partnerships and overall AI ecosystem," said Mathew. "We are bringing out knowledge of analytics and the domain."

Baker Hughes GE and Nvidia will combine to build a set of cloud-based products for the oils and gas and field production operations industries. An initial set of products are the Nvidia-Baker Hughes GE collaboration are available now.

The products from Baker Hughes GE aim to go past the traditional form of pattern matching to create models that better predict issues and detect faults. Diagnostics are also a key area.

Arun K. Subramaniyan, head data scientist for Baker Hughes GE Digital, said it will combine its AI techniques and models and combine it with digital twins to also improve operations. "We're combining a physics-based model with AI techniques," he said.