It's no secret that Microsoft still has a problem on the mobile front two years on from its acquisition of Nokia's handset business, a deal which was led by Ballmer. Windows Phone continues to hold single-digit market share, offering little incentive for developers to invest in building apps for the platform.

To address this issue, Microsoft earlier this year announced software bridges to make it easier for iOS and Android developers to port their apps to Windows 10 and Windows 10 Mobile.

However, earlier this month, it seemed that Microsoft would abandon its Android bridge, dubbed Project Astoria.

That decision was a mistake, according to comments made by Ballmer at Microsoft's annual general meeting on Wednesday. 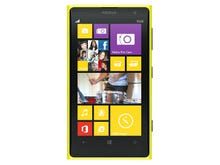 An audience member questioned Microsoft CEO Satya Nadella about the continued absence of key apps for Windows Phone, to which Nadella responded that it was appealing to Windows developers through its universal apps program, which lets them build apps that work across PCs and mobile devices.

"That won't work," Ballmer is quoted by Bloomberg as saying as Nadella spoke. Microsoft instead needs to allow Android apps to run on Windows Phone.

Microsoft announced universal apps for Windows 10 in April 2014, shortly after Nadella took the reins from Ballmer. A year later Microsoft announced the iOS and Android software bridges to bring those developers in the fold and subsequently took a $7.6bn write-down on its Nokia acquisition that Ballmer led.

However, Microsoft hasn't confirmed that Project Astoria is dead, with its official line being that it is "not ready yet". Previously the company planned to release Astoria bridge code in a public beta by fall.

As ZDNet's Mary Jo Foley has previously noted, Astoria was more limited than the iOS bridge called Islandwood, which let iOS developers build for mobile and PC. Astoria on the other hand only worked on Windows 10 mobile devices, thanks to an Android subsystem/emulation layer in Windows 10 mobile.

But recent builds of Windows 10 mobile have dropped the Android subsystem, again signalling that Microsoft might be pulling away from the plan.

Ballmer, Microsoft's largest individual shareholder, also criticised Microsoft for fudging how it reports sales and profit margins for its cloud and hardware business.

"If they talk about it as key to the company, they should report it," Ballmer told Bloomberg, labelling Microsoft's run-rate reporting for its cloud business as "bull****". Run-rate represents a yearly rate of sales based on a single snapshot.

"They should report the revenue, not the run rate," he said, adding that Microsoft should report margins since they're very low in cloud services and hardware relative to Microsoft's traditional software business.