If the number and value of investments is any indication, the Spanish startup scene is growing healthily.

According to a recent report by Webcapitalderiesgo, an initiative that aims to contribute to the transparency of the tech industry in Spain, Spanish startups received total investment of €347m in 2014, a 26 percent increase on the previous year.

However, the total could have been skewed by a single financing round: Scytl, an election management and online voting software company, raised €78m. It was the second biggest round in Spanish VC history, following online fashion retailer Privalia's €88m round in 2011. 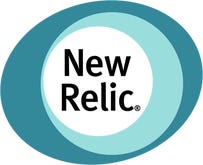 Ducksboard: The unique story of how one startup went from closure to buy-out with a single email Data visualisation company Duckboard's was on the verge of closure until a casual email changed the company's destiny entirely.

"It's a lot of money. But apart from that, that round and others like Wallapop or Social Point are proving that big things can be done in Spain," Webcapitalderiesgo partner Marcos Salas de la Hera told ZDNet. "VC giants like Kleiner Perkins, Accel, Google Ventures, Insight, SoftBank and others know our market now and will come again."

In fact, Spain now seems to be 'on the map' for international funds: fourteen of them invested in the country last year (a slight decrease from 2013, but much more than the average five funds in earlier years).

There's a long way to go, however, before Spain comes close to more mature markets like the UK or France. In 2014, London alone brought in an astounding £2.9bn (roughly €4bn) of financing.

In Spain, most investments in startups are in the seed and early stage phases, below the €1m threshold, while only a handful break the €10m barrier.

"We are still in the teens: we are a young industry compared to other countries, activity is still low, but we have been very active in recent years. Many people are investing in the digital arena," Javier Ulecia, CEO of Bullnet Capital and Chairman of the Asociaciòn Espanola de Entidaded de Capital-Riesgo (ASCRI), said.

ASCRI also released its own report on the state of the VC and private equity sector in Spain.

In terms of sectors, "digital and high-tech startups take the lion's share of VCs' investments, followed by manufacturing and life sciences," Ulecia says.

The reports found that Catalonia has taken the lead in terms of VC investments: 43 percent of them took place in the region, compared to only 23 percent in the Madrid area (Valencia takes third place). As a result, some observers are now calling Barcelona the 'startup capital' of Spain, although it's doubtful whether these kind of titles actually are helpful.

"The issue about Barcelona and Madrid - it's one of those discussions that never ends. There are articles and data that support the idea that Madrid is better and others that find quite the opposite," Carmen Bermejo, CEO of the Madrid-based Tetuan Valley accelerator, told ZDNet.

"I think we should focus on how we can collaborate better and connect more - Barcelona, Madrid, and Valencia - to get the most out of what we have instead of trying to compete between cities," she added.

Still, Barcelona has managed to attract a lot of international talent in recent years, not only thanks to its climate and beaches, but also to the wide support network that exists for entrepreneurs.

"I would highlight several issues that have driven the ecosystem in Catalonia: support of public-related institutions such as ICF [the Catalan Finance Institute]; big companies that have been grown from scratch and became leaders in their markets like Edreams, Privalia, and Softonic; and the effect of the first incubator in Spain, Grupo Intercom, which boosted great companies like Infojobs or Emagister," de la Hera says.

Madrid has also a vibrant scene. Last year, it boasted 438 companies, 25 coworking spaces, 17 incubators, and 11 accelerators. And last month Google opened a 2,500 square metre space in the city, Google Campus, which is attracting a lot of attention.

Smaller centers like Bilbao, Malaga, Murcia, and the Balearic islands are also trying to become more attractive for entrepreneurs, focusing on and promoting their own specialties. While Murcia, for instance, is capitalizing on its universities and research centers to grow in the biotechnology and energy sector, Andalucía offers many opportunities for innovation in tourism.

However, there's still a huge gap between Madrid and Barcelona and the rest of Spain's regions. Except for perhaps Valencia, none can really aspire to become a competitor to the two main cities. But through diversification and specialization, the whole of Spain could become a network of hubs that play different notes from the same score.

Join Discussion for: Barcelona vs Madrid vs everywhere else: Spain's...