Battling for the Mother Of All Monopolies...

Despite their motto 'Don't Be Evil', Google appear to be making a pretty good effort at attempting to own your online data and computing world, and all at a low, no up front cost to you. The latest Google product, an operating system, adds to the already formidable array of free offerings from the 31 billion dollar behemoth.
Written by Oliver Marks, Contributor on July 8, 2009 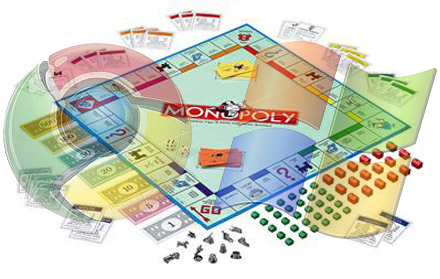 Despite their motto 'Don't Be Evil', Google appear to be making a pretty good effort at attempting to own your online data and computing world, and all at a low, no up front cost to you. The latest Google product, an operating system, adds to the already formidable array of free offerings from the 31 billion dollar behemoth.

Google Chrome OS will essentially be a lightweight web browser/operating system - the web is the platform in essence, with all your data living somewhere and preferably on Google's servers.

Old constructs like past iterations of Microsoft Windows had you freaking out when your hard drive made funny noises and you lost all your documents forever. The proposition is now they are safe out there somewhere and available as soon as you log in to Google world.

With a lightweight net book and internet access the world is your oyster...

The web has been around for a mere twenty years: while we like to think of large enterprises moving at a snails pace the reality is that they are more like supertankers: pounding along but slow to change direction.

The gray cubicle world of business, after being dominated by on premise mainframe computers from "IBM and the seven dwarfs' for decades, gradually moved towards the personal computer in the 1980's.

Despite Oracle's invention of the term 'thin client' - a lightweight pc that relies on central Oracle servers for processing activities - knowledge workers found the rapid evolution of Microsoft from MS DOS to ever more sophisticated versions of Windows irresistible.

The ability to manipulate your own versions of files was hugely attractive to a business world used to dealing with cripplingly limited mainframes that only performed a few tasks. This was the Enterprise 2.0 of its day.

The internet has of course subsequently transformed business, but Microsoft remains  overwhelmingly dominant: business computing = Microsoft in most companies, despite Java's significant inroads into the back end which most individual employees don't see.

Oracle buying Sun is a continuation of their desire to see business users on a 'thin client' model accessing the Oracle suite of server products and software, possibly using Google Chrome OS.

As the biggest dog with a gargantuan war chest and a presence deep in the hearts of most companies, Microsoft can afford to move last. (Google's announcements may even be being made based on intelligence about Microsoft's next strategic moves).

Google have had a tremendous run: they successfully cornered the read-only internet search market and have profited enormously from ad mining users. They have a whole slew of browser based free applications which have benefited from the explosion of Web 2.0 innovation, some of which are finally losing their 'beta' status after five years.

The huge challenge going forward is that internet search is going to fragment: linked data powered by semantic technologies will make macro search throwing up Google ranked results as archaic as the phone book now is. This model won't work with an internet currently doubling in size every two years.

My prediction is that Microsoft have been digesting all the innovation of the last few years and will present a sophisticated semantic technology ecosphere around the next iterations of Office and Sharepoint respectively. Knowledge workers will have the option of working mostly offline in a familiar user environment and/or working in the cloud.

Powerset, Groove and the FAST search engine, all ingested by Microsoft, will interoperate together to provide Microsoft's next generation of productivity tools.

Most Businesses Are Fast Asleep

All very exciting, except that most businesses are sound asleep. for every excited nerd social circle cycle of next generation software launch there's a conversation about maybe changing the official browser from IE6 to something more modern sometime soonish in cubicle land. Moving up to Windows XP would be a leap into the future for some companies - senior management who only see an expense on the balance sheet for new XP seat licenses are often completely unable to see the productivity gains that could ensue.

Security staff who see only the threat of a bit.ly link in Twitter as a pot luck dip which may result in a nasty virus on their servers have their hands full dealing with a backlog of legacy issues: the last thing they need is 'innovative new applications' and new ways of interacting. If your job is guarding the crown jewels unannounced visitors and conversations are of no value to you.

The sheer inertia and statis in many companies has created widespread 'shadow IT' ad hoc use of browser apps by those who do need to innovate and be more efficient as part of their job - just like the dawn of the personal computer it's a huge struggle between those who find value in new technologies and the majority who feel comfortable working their old way.

Clear value has to be demonstrated and that is typically through business processes which are executed using new technologies - and not the other way around. A huge player like Microsoft can move the needle and change business practice when they launch a new technology where others can't.

Google have limited presence in the enterprise outside their Google Appliance search technology - companies like Zoho are arguably better positioned to provide browser based productivity computing applications without conflicts - so the real mother of all monopolies contest is who looks after your information and mines it for value and trends. Google are geared up to exploit information for targeted advertising - it's in their DNA. Microsoft's DNA is targeted towards conservative productivity...

The mainframes of the future are essentially in the cloud, and the battle for where your core malleable data will live appear to be moving back towards the thin client model. The question is do you trust these people with your intellectual property?

A new Gartner survey conducted in December 2008 finds a lukewarm response from 333 US and UK enterprises to Software as a Service.

Respondents who had considered using SaaS, but decided not to, said they made this choice due to high cost of service (42 percent), difficulty with integration (38 percent) and technical shortcomings (33 percent), Gartner said.

I'd suggest the real reason is fear of the unknown: if you know what you have now works, moving to something new could have a much greater risk with questionable upside.

Launching a new browser based OS doesn't solve this problem, it just gives already harassed IT folks another migraine opportunity. What is going to move the market is adding business process value. If there's a clear value in doing things a new way it will get adopted. In the current era no one ever gets fired for buying Microsoft (in the 'IBM and the seven dwarfs' era no one ever got fired for buying IBM).

There are dozens of Enterprise 2.0 vendors who can demonstrate clear browser based value today, from small players all the way up to global companies like IBM.

Google are going to have to really step up if they have pretensions to unseating the incumbent in the business desktop OS and productivity apps world while continuing their quest to contextually sell to consumers from mining their interests, which is a faustian bargain at the best of times...