Fat from cattle is now powering a train between Oklahoma and Texas.
Written by Melissa Mahony on April 20, 2010

I don't eat a lot of meat. I prefer that the animals I do eat lived in an at least somewhat healthful and respectful fashion, and in the end, that as much of them as possible was used in some way. Because I don't like wasting available resources either. The idea of dairy cow 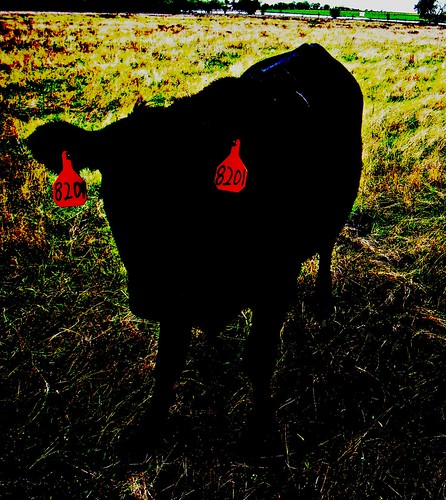 manure producing electricity or pig feces paving roads didn't disturb me much, but a train chugging down the track on cow fat gave me some pause yesterday.

For the next year, Amtrak's Heartland Flyer passenger train will make the 206-mile trip between Fort Worth and Oklahoma City on tallow—the rendered fat of cattle. Tallow is also an ingredient of some soaps and candles.

At 80 percent diesel and 20 percent biofuel, the blend, called B20, burns cleaner than the standard #2 diesel. During tests in stationary engines, B20 emissions had 20 percent less sulfates, 15 percent less particulate matter, and 10 percent less hydrocarbons and carbon monoxide.

Possibly to make public transportation even greener, the Federal Railroad Administration gave Amtrak $274,000 to see how the beef-based fuel would fare in the 3,200-horsepower engine of a P32-8 locomotive. The cows came from Texas.

The P32-8 engine did not need much modification to accept the biofuel, but two new power assemblies were installed in order to gauge wear, tear and deposits over the 12-month trial. Amtrak will also gather and analyze data on the locomotive's exhaust.

Roy Deitchman, Amtrak vice president of environmental, health and safety, in a statement:

Amtrak travel is already more energy efficient than most other forms of intercity transportation. If the test shows this use of a renewable fuel in our locomotive is successful, it’s a home run for our passengers, for our partners and for the planet.

Each day Amtrak runs more than 300 trains over about 21,000 miles of track in North America. Should B20 become functionally and economically feasible, that could be a lot of cows. That would also be a lot less pollution.

In the name of reducing emissions and fuel usage, however, I'd rather Americans just choose trains over planes and cars when they can. Still, if it works, I'm okay with the bovine fuel—as long as Americans don't start claiming domestic energy as an excuse to eat (even more) cheeseburgers.