For many, having a solid, stable internet connection is vital. Back in the days of a PC with an Ethernet connection, you just needed t make sure that the cable was plugged in, but with the move from wired to wireless, getting a reliable connection can be trickier. Throw in the different variables that come into play between Wi-Fi and cellular, the problems grow exponentially.

If you're someone who uses their Android device a lot and puts a lot of data through it over Wi-Fi and cellular every month, then having apps that can help you find the best signal, diagnose problems, test connections speeds using real-world tests, and keep track of how much data you're using.

Note that these apps are Android. Apple imposes more restrictions on what iOS apps can do, so while there are similar apps for that platform, they are not as powerful. One of the advantages of using Android!

Deep-dive the cellular connections in your area 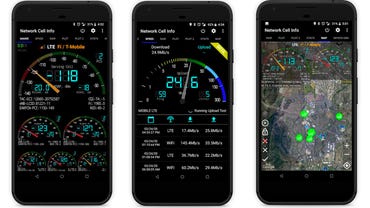 This app tells me everything I need to know -- and more -- about the cellular connections in my area.

This app is packed with charts and meters and gauges, but the feature that I use the most is the one that monitors and logs signal strength data as I walk or drive through an area. This is a brilliant and truly useful feature when I'm out of the cities and in a more rural area. I know where I need to go back to in order to get the best connection.

Another "feature" of this app I like is the fact that there is a comprehensive online user manual -- more apps could do with that feature! 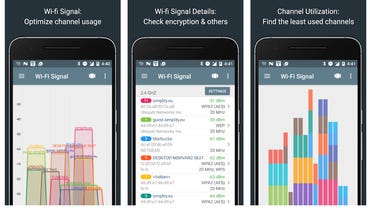 Everything you needed to know about your network, including device discovery, in a single app.

Truly amazing set of features. This is an app I've been using for some time now and it never lets me down. It even has features such as DNS lookup, LAN scanning, port scanning, and cellular network information built in.

This is a really powerful tool, with a lot of features and functions. That's a huge pro, but it's also a con, in that the app can take some time to get used to. I find myself using this app a lot, but if I'm using a feature I've not used for a while, it can take me a few moments to find what I need.

Still, this is a truly powerful tool. 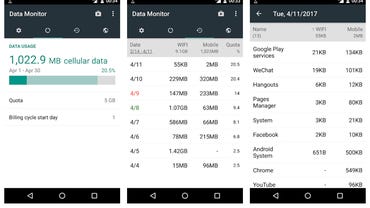 I bought this app mainly because it allowed me to put the data transfer speeds for my connection on the status bar in Android (some of my handsets don't have this useful feature). However, I kept it because it offers me a deep dive into how I'm using data on a day-by-day basis.

I'm finding the traffic breakdown analysis to be particularly useful.

For people who are not on an unlimited data plan, this is a particularly useful app because it lets you see what's eating away at your data.

Find which networks offer the best speeds while on the go 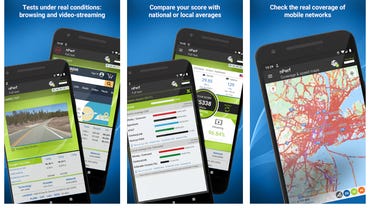 There is a lot of internet speed checkers out there, but nPerf has some features that make it stand above the rest.

Along with giving you accurate speed tests, and allowing you to log how your Wi-Fi and cellular networks are performing, nPerf can also test using real-world conditions such as web browsing and video streaming, offer you a real-world cellular coverage map, and even allow you to map your network coverage while traveling.

I find this handy for scouting out signal strength in new areas I'm traveling to and which networks offer me the best speeds.