If you use a Windows PC, do you really need third-party antivirus software? For that matter, do you need to pay for the protection? The answer to that question was easy a decade ago. Today, the built-in security features in Windows 10, including the Microsoft Defender Antivirus engine, pass the "good enough" test, making the choice less clear-cut.

The best antivirus software and apps

A roundup of the best software and apps for Windows and Mac computers, as well as iOS and Android devices, to keep yourself safe from malware and viruses.

But for some picky PC users, replacing the basic built-in antivirus protection with software from an outside developer is just natural when setting up a new Windows PC. Even if the difference is small, it's still an improvement. In a world where ransomware is an existential threat to businesses and banking-related Trojans and phishing attacks can drain your checking account in minutes, you want every edge.

The best-known commercial antivirus programs for Windows typically require an annual paid subscription, but some perfectly respectable names also distribute free versions of their software, usually for noncommercial use only. Typically, these programs include the exact same scanning engines and malware definition files, minus most of the fancier features and, crucially, offering minimal support options. You can also expect frequent, occasionally annoying upsell offers as the developers try to convince you to upgrade to a paid plan.

All of the programs we list here are completely free and are appropriate for use in a home setting by nontechnical users. We don't recommend any of these programs for use by businesses, which need quick access to support lines and, in larger businesses, centralized management and monitoring dashboards. These are especially good choices if you're the unofficial IT admin for friends and family members who can't always spot a scam or a phishing attempt. 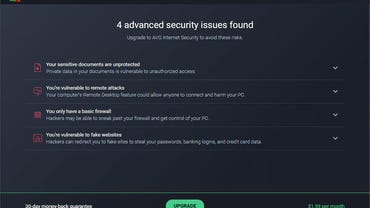 After nearly a quarter-century with its free product in the US market, AVG has developed a solid identity as the go-to name in free AV software. Indeed, the AVG brand remained even after AVG's parent company was acquired by Avast Software in 2016. Toda

Antivirus and much more (maybe too much) 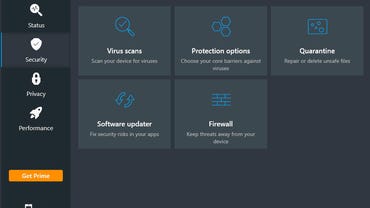 Avira Free Security includes basic antivirus scanning, as expected, but it also includes a pair of extra modules intended to improve performance and safeguard privacy. The performance tab of the Avira console includes options for cleaning the registry, 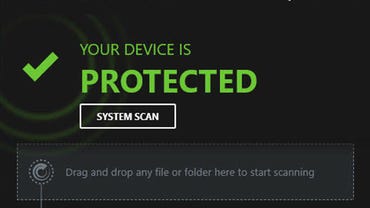 Bitdefender, a privately held company based in Romania, has a solid reputation for its paid security products. Its free offering includes a minimalist interface, with no frills or extras, that's refreshingly free of upsell offers.

From Russia, with a few extras 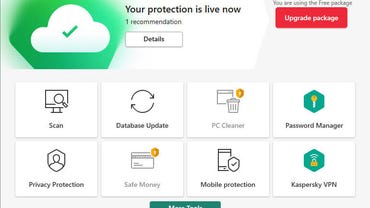 Eugene Kaspersky, who founded Kaspersky Lab, argues that offering free protection to its customers is part of its core mission. Yes, you will see upsell offers in Kaspersky products (including a can't-miss red "Upgrade package" button on the Kaspersky

Manage up to three PCs from the web 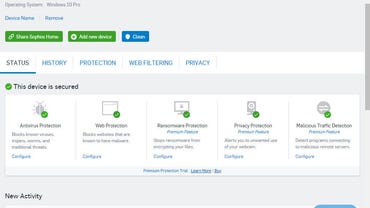 Although Sophos Home offers a free tier, you can't install it directly. Instead, you get a free 30-day trial of Sophos Home Premium first (no credit card required). After 30 days, your installation is downgraded to the free edition and you lose the ran

Is the Microsoft Defender Antivirus included with Windows 10 good enough?

For most people, the built-in security features in Windows 10 are indeed good enough, That includes Microsoft Defender Antivirus, which is tuned on automatically and updates itself continuously. It also includes a built-in firewall (which is on by defa

Security software makers pay for the privilege of participating in these tests, which use a mix of known malware samples, suspicious website behaviors, and other indicators to measure success. The difference between a 98.4% rating

How much does effective antivirus software cost?

In researching the prices of commercial security software for use on home PCs, on thing we learned is that there's no such thing as a fixed price. If you check out the price of a product and try to navigate away from the page, chances are you'll be off

How we narrowed the field

We looked at currently available security software products for PCs running Windows 10, concentrating on those with a well-established reputation and a well-tested infrastructure for delivering updates. We did not consider software designed for use on other platforms, including MacOS and mobile devices.

We installed each program in a virtual machine to get a feel for its user experience, but we didn't do any further testing ourselves. We insisted, instead, on a solid record of test results from two leading software test labs: AV-Comparatives and AV-Test.org.

Most importantly, as it says in the title, the software and accompanying services have to be completely free for long-term use, with no expiration date or hidden costs. That filter knocks some well-known, even iconic names in security software off the list, including McAfee, Norton, and Trend Micro.

Every security software package involves a trade-off between protection and convenience. The free packages we describe here add another layer to that equation, with varying degrees of advertising designed to convince you to upgrade your free program to a paid subscription. Each package also offers a mix of added features, which may or may not be of value to you.

In terms of effectiveness against online threats, we don't believe there's a profound difference between these packages. That means the best way to choose is to install a package and try it out for long enough to decide whether the interface and the upsell offers are acceptable. If you find a package too intrusive, uninstall and move on to the next candidate on the list.