While virtual threats to our PCs rightfully grab most of the headlines -- as viruses and cyberattacks can affect millions of computers simultaneously -- our systems also face threats from physical damage that can knock them offline temporarily for repairs or permanently if the damage is catastrophic enough. Mobile devices obviously run a bigger risk of physical damage since they are picked up and moved around far more frequently than desktop PCs.

To combat potential physical hazards to on-the-go computing, manufacturers responded with what are known as "rugged" laptops -- notebooks that can resist the bumps and bruises of mobility better than standard-issue portables. Minimum defenses rugged laptops possess include bumpers that can protect against drops and specially treated keyboards that can withstand liquids being spilled on them (so-called semi-rugged laptops). If you're working in more challenging environments -- on a construction site or in extreme climates -- there are rugged notebooks designed to handle those situations as well.

If your business requires the use of rugged laptops, we're here to help. We've collected a handful of notebooks that cover the gamut of offerings, from models with basic protections to rough-and-tumble outdoor warriors. 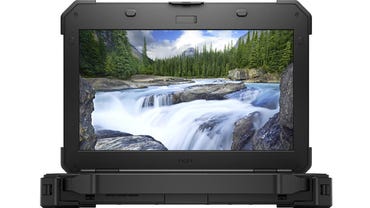 The 5420 may lack the "extreme" features of Dell's much pricier Latitude 7424 Rugged Extreme, such as the super-bright, resistive touchscreen as a standard feature (though it is an option, along with a 1,000-nit non-touch display). With IP52 ingress protection, it can protect (but not totally protect) against dust and provide limited moisture protection, and drop protection is 3ft in transit.

On the other hand, the 5420 is thinner and lighter (4.9-pound starting weight) and much less expensive if you don't need such ultra-rugged touches. It also comes with the same base specs as the 7424 and still features a magnesium alloy chassis and dual-battery support. On the other hand, components haven't been updated for some time, which has left it at a disadvantage compared to a couple of newer semi-rugged competitors detailed below. 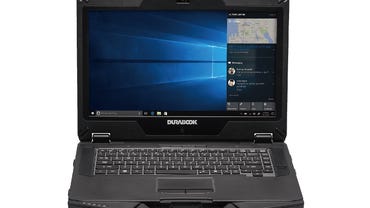 A specialty producer of rugged computers, Durabook offers a rival to the Dell Latitude 7254 Extreme with its Z14I. But with its new S14iI laptop, it has its sights set on the same midrange "semi-rugged" market as the Latitude 5420 Rugged. It shares the same starting price, although as an up-to-date configuration, it offers the latest 11th-generation Intel Core processors instead of the 8th-gen CPUs the 5420 tops out at.

It also features IP53 certification rather than IP52, which means additional weather and dust resistance as well as the ability to handle 4-ft drops instead of 3-ft ones. Acer's Enduro N3 likewise provides IP53-rated protection at a lower price point, though its processor options lag behind the S14I's by a generation. 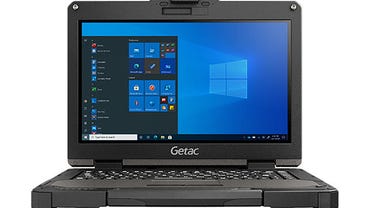 Another specialty producer of rugged systems, Getac has recently updated its flagship laptop that competes with the likes of the Z14I and Latitude 7254 (although with a smaller 13.3-inch screen instead of a 14-inch one). But it also goes beyond the 1,000-nit displays of its competitors, pumping out a whopping 1,400 nits of brightness.

Read the review: Getac B360 hands-on

The B360 also distinguishes itself with a three-year bumper-to-bumper warranty, which sounds weird for a laptop until you remember that this type of laptop actually has bumpers for protection. That's coupled with 10th-generation Intel processors, an IP66 rating and MIL-STD 810G certification, and even MIL-STD 461G certification for electromagnetic interference resistance. 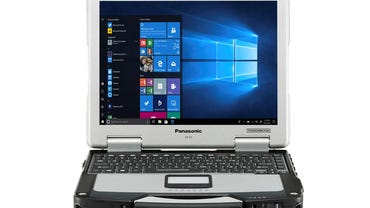 Once known for its stereos and televisions, Panasonic has pivoted to other electronics categories, including -- of all things -- rugged laptops. Its Toughbook line is perhaps the best-known brand in the market, and the Toughbook 31 is one of its best-known notebooks. A beast that weighs over 8 pounds, the 31 seemingly has every rugged certification you can think of: MIL-STD-810, MIL-STD-461, IP65, and even optional hazardous location certification.

One area where this Toughbook doesn't match up well with its rivals is its 13.1-inch touchscreen's resolution -- an outdated 1,024x768 pixels -- though it's certainly bright enough outdoors at 1,200 nits. On the other hand, it does offer more RAM in its base configuration (16GB versus 8GB) than competitors, along with a Core i5-7300U CPU and 256GB solid-state drive. Panasonic throws in a handle to carry the magnesium alloy case, which it probably should, especially given the Toughbook 31's hefty price tag. 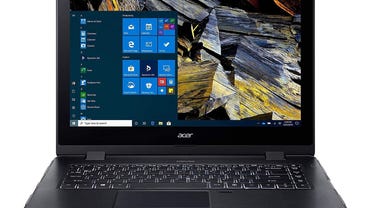 A veteran of the laptop game, Acer is a rookie when it comes to the rugged market. One of its first models is the Enduro N3, a semi-rugged notebook with an appealingly low price to compete against the Latitude 5420 Rugged and Durabook S14I. Like the S14I, it features IP53 certification and meets MIL-STD-810G standards, though it comes with a choice of 10th-generation Intel Core CPUs rather than 11th-gen processors.

Acer is touting its Aquafan technology, which the company claims will help to repel water from penetrating the laptop; Gorilla Glass covers the display to provide additional moisture protection. It also protects your wallet, as its starting price is $300 less than its rivals.