Bharti Airtel is expanding in Punjab and contributing to the India's digital inclusion efforts by investing 40 billion rupees (US$652 million) over the next five years, reports The Times of India. 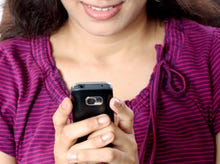 The telco and Punjab government signed an agreement on the sidelines of the Progressive Punjab Investors Summit. The agreement calls for Bharti Airtel to expand its 4G LTE presence in Punjab to all cities, towns, and villages across Punjab.

Furthermore, as part of the agreement, Bharti Airtel will also lay an additional 10,000km of fiber optic cable across Punjab, thus providing a major boost in growth of broadband services in rural areas, along with enabling delivery of e-governance, e-education, and e-health . Essentially, Punjab is going to be the most connected state in India online, making use of the best in latest technology along with providing essential services to its population.

At the same time, Bharti Airtel is also planning to invest in its existing 2G mobile operations, wire-line & DSL broadband, along with DTH and mCommerce Services offering in Punjab. It will also expand its Enterprise Services offerings that provide end-to-end technology solutions to corporations, along with small and medium businesses.

Based on the success, or failure, of this project in Punjab, this could potentially determine both the expansion and upgrading of technology and services in other states across India. Furthermore, while Bharti Airtel currently has a monopoly within 4G LTE services, eventually other Indian telecom operators, such as Aircel and Reliance, will be coming on board too. Instead of Bharti Airtel exclusively entering into agreements with other states across India, other local telcos could do so too.

At the same time, what remains to be seen is if other state governments across India will offer any incentives or deals to Indian telecom operators to upgrade infrastructure, especially in rural India .

Currently, rural India is not seen as a revenue generating area, and as such, it's not viable for Indian telecom operators. However, Bharti Airtel plans to cover the entire state of Punjab, including all the towns and villages in the rural areas. This, along with the government's plan to expand across 250,000 towns and villages across India means that Punjab will definitely be the first state in India properly connected online. Hopefully, it will serve as a model for other states to follow as well.

Join Discussion for: Bharti Airtel to invest $650M in Punjab over...