Smartphone manufacturers Samsung and BlackBerry have teamed up to announce a new marketing partnership across Africa. As part of the arrangement, Samsung has said that it will include the BlackBerry Messenger (BBM) for Android app in its curated app store for Galaxy handsets, alongside its own ChatOn service. 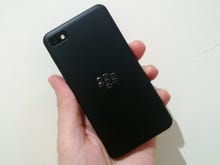 BBM will form part of the Samsung Messaging Hub that comes preinstalled on all of the South Korean firm's Android smartphones. The BBM for Android app is still in a closed beta testing stage, but BlackBerry says that it will be available in the Samsung Apps store on launch day.

"We believe that BBM has the potential to become the number one messaging client around the globe," BlackBerry's managing director for South and Southern Africa, Alexandra Zagury, told ZDNet, "and Samsung is the leading Android manufacturer in Africa. We think we've found a great partner to grow the BBM family.

"Android is absolutely a key platform for us to grow BBM in the future."

Zagury said that she expects this initial arrangement to grow to cover other areas of collaboration between the two firms.

She also confirmed that the deal is not an exclusive arrangement and that BBM for Android will also be available through Google's Play store at the same time.

The instant messaging landscape is changing rapidly across Africa, and according to a recent report by analysts at Strategy Worx there are an estimated 10 million WhatsApp subscribers in South Africa alone. The continent is also being heavily targetted by Tencent's WeChat, which is already more popular as a mobile app than Skype in China and has around 400m users worldwide.

South African media group Naspers has a sizeable stake in Tencent, and also operates South Africa's most popular website, News 24. Since officially launching WeChat in South Africa in March, Naspers claims that it has grown the service's users threefold. In addition, local social media services such as Mxit and Binu retain a dedicated user base.

BlackBerry, meanwhile, remains the most popular smartphone brand in South Africa, but faces the challenge of user migration as data bundles with the new BB10 handsets aren't as competitively priced as the BlackBerry Internet Services (BIS) that were provided with previous phones.

Join Discussion for: BlackBerry and Samsung team up over BBM,...