Full Bio
Posted in Between the Lines on August 9, 2013 | Topic: BlackBerry

For a while last year, almost every week it seemed there were reports and rumors that BlackBerry, which at the time was in a less than ideal financial situation with tepid outlooks forecasts, was fielding buy-out offers from rivals and competitors.

On Friday, sources speaking to Reuters said the company and its board is "warming up" to the idea of pulling itself from the stock market in efforts to give it some "breathing room" to fix its problems out of the public eye. 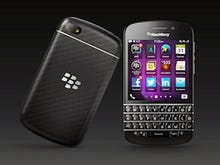 No decisions have been made yet, but the "change of tone" on the board could signal a bid to drum up cash by private equity firms and investors to buy the company back from its shareholders.

The Waterloo, Ontario-based company declined to comment to Reuters.

It could be just what BlackBerry needs to ground itself for the coming quarters. But the road to success will not be as straight forward as drumming up the cash and plowing on.

The company's financial situation isn't bad in the short term. In the long run, however, to sustain its business amid declining revenues and profits year-over-year, it will have to start chipping away at its cash pile. BlackBerry has so far managed to reduce dipping into its corporate savings by way of redundancies . But as non-essential staff to BlackBerry's latest smartphone push slowly melts away, it will begin to run out of human capital to cut.

For its fiscal first quarter earnings, which ended June 1, BlackBerry posted a loss of $84 million , or 16 cents a share, narrower than its $518 million, or 99 cents a share, on the same quarter a year earlier.

One analyst called the results a "complete disaster," after the firm failed to hit a single positive note on any of its reported financial metrics. In spite of the loss, things are better a year later.

BlackBerry's strategy involved putting all its eggs in its next-generation BlackBerry 10 basket, which included a range of smartphones and devices, and a brand new platform.

BlackBerry 10's debut with the touch-screen Z10 was matched with launch, albeit delayed, of the keyboard-enabled Q10. The cheaper Q5 will help target a specific, low-end and developing market, while a high-end touch-screen A10, which our sister site reported on exclusively in June, is understood set for a November release.

But uptake in the devices have been tepid at best. For its first quarter earnings, BlackBerry sold 2.7 million new BlackBerry 10 devices, showing that older BlackBerry 7 devices outsold its newer range of smartphones.

Short term, the company's strategy aims to pull itself back from the brink of collapse. While BlackBerry's core following remains faithful, it remains unclear if the company's dwindling base of hardcore users has been offset by an rise in newer BlackBerry 10 users.

Above all else, convincing private investors that it has a future in selling smartphones and solutions to enterprise and business customers will be the tough sell. BlackBerry's smartphone sales may not be much to jump and shout about, but it has a healthy patent and intellectual property portfolio, a data infrastructure, and remains the  most popular provider of end mobile device management  and secure mobile device services to governments — even if that is "for now."