Taller than most smartphones and wider than many phablets, BlackBerry has gone out on a limb with the dimensions of its forthcoming Passport device. If you've been wondering why you'd need a square device, BlackBerry has the answer: spreadsheets.

Some BlackBerry fans are already sold on the concept of a 4.5-inch square display phone, but when news broke last month of BlackBerry's plan to release the category-defying Passport device, many had trouble fathoming how its unique form factor would appeal to the smartphone buying masses.

Blackberry expects to launch its business-class phablet this September at an event in London. The Passport will come with a physical QWERTY keyboard that stretches fully across the bottom of the 1440x1440 resolution display.

Little else is known about its specs, but in a blog post yesterday BlackBerry claimed it would offer superior handling of spreadsheets compared with the iPhone 5S and Samsung Galaxy S5. 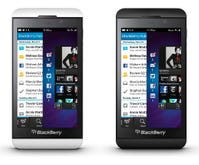 According to BlackBerry, the smartphone world has been enslaved by the rectangle for too long, which may be "limiting innovations".

BlackBerry argues that the Passport's girth will deliver a better viewing experience, in part because it can display 60 characters per line — much closer to the 66 characters typically seen in a book, compared to the 40 or so on rectangular devices.

One advantage of its width is that users won't need to turn the phone to landscape mode to view e-books, view documents, or browse the web.

But who will find it useful? Business users, of course.

BlackBerry may have turned its focus on to emerging markets with its recent release of the Z3 touchscreen phone for emerging markets in Asia , but the Passport is for all the working professionals who've abandoned BlackBerry for iOS and Android. It could even serve a few purposes that the BlackBerry's PlayBook seven-inch tablet probably could.

According to the BlackBerry blog, Passport's keyboard and wide display are very much aimed at business customers — from architects to medical professionals and finance-types. In short, businesspeople that were once its core constituency but have since largely moved onto Apple, and to a lesser extent, Android devices.

Join Discussion for: BlackBerry reveals why the Passport is hip...