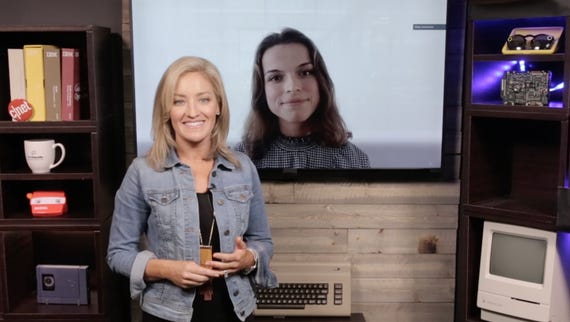 Blockchain: it could be ten years before businesses start reaping the benefits of the technology
Watch Now

From finance to fine art, the list of industries that blockchain could be applied is apparently never-ending – but in reality it could be another ten years before the technology actually starts delivering on its promises.

Blockchain is currently going through what tech analyst Gartner describes as the 'trough of disillusionment', which occurs when a new technology's implementations fails and interest for it wanes. Gartner predicts that blockchain will only start recovering from its fall from 2021, and that it could take five to ten years before it starts transforming the way businesses operate. Or, as Gartner puts it, before it goes up the "Slope of Enlightenment".

Avivah Litan, research vice-president at Gartner, doesn't see this happening before 2028, which is when she expects the technology to be fully scalable.

She told ZDNet: "The technology wasn't ready for all the interest it got. There are a lot of issues that will take years to tackle before standards are set and it can be scaled. So, companies are experimenting with blockchain now, but they will have to re-do all the work because standards are likely to change."

This is in line with a previous warning from Gartner that up to 90% of current implementations of blockchain platforms within enterprises will have to be replaced before 2021.

According to Adrian Lee, who researched the report, this was caused by a "lack of industry consensus" on key features of the technology, such as product concept, application requirements or target market. In other words, blockchain has been a victim of its own hype. Its potential benefits raised huge expectations, but in reality it is not mature enough yet to be efficiently implemented at scale.

Litan compares this to the adoption of the internet: users don't have to worry about understanding protocols such as DNS or TCP/IP. This is why browsing the web is scalable, and it is why it became so mainstream.

But if an enterprise wants to implement blockchain, it's a whole different story. Individual companies have to worry about picking a platform, coming up with a smart contract language, or using a specific system interface and consensus algorithms. And if they don't have the internal resources to do that, they have to delegate it to external vendors that they then become increasingly reliant on.

"When the technology takes so much effort to implement, you can't use it unless you have money and skills," said Litan. "So the technology needs to be developed and scalable enough for companies to use it independently."

She identifies key areas that could lead to mainstream blockchain, such as the ability to exchange data between blockchains seamlessly; or smart contract portability, which lets users transfer a specific contract's logic to another blockchain.

Among other things, this could let blockchain's back-end become invisible to users – and only then will they reap the technology's real benefits. We'll see if it's worth the wait.

Join Discussion for: Blockchain: Why the revolution is still a...