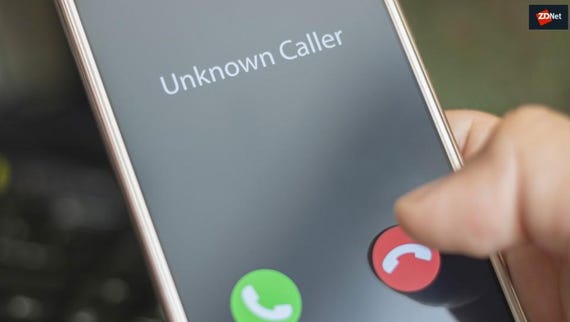 Robocalls increased by billions in 2019: Can tech help?
Watch Now

The US Justice Department has filed two lawsuits against five US-based VoIP 'gateway carriers' and their owners for operating robocall services that were allegedly used to defraud American consumers with calls that mostly originated from India.

The lawsuits mark another front in US government efforts to stem the flood of robocalls that consumers face. The Justice Department says the robocalls have caused "devastating financial harm" to elderly and other vulnerable victims, including immigrants who've received bogus threats of imminent deportation.

The department has filed civil action for temporary restraining orders using wire fraud charges against the five US companies and their respective owners to achieve a speedy halt to the hundreds of millions of robocalls each company allegedly enables over a month.

The companies allegedly provided VoIP services and serve as 'gateway carriers' for foreign criminal organizations to reach US victims by phone – from calls that mostly originate in India –  using spoofed US numbers.

The fraudsters often impersonate US government officers and businesses as part of a scheme to bilk vulnerable victims of savings.

Companies named in the lawsuit include the operators of TollFreeDeals.com, sipretail.com, as well as Global Voicecom, Global Telecommunication Services, and KAT Telecom, aka IP Dish.

TollFreeDeals.com allegedly carried 720 million calls over a sample 23-day period. All calls were allegedly fraudulent and used bogus caller ID numbers. The complaint states that over 425 million of those calls lasted less than one second, suggesting they were robocalls.

Users of the service threatened victims with termination of social-security benefits, arrest for alleged tax fraud, and deportation for incorrectly filling out immigration forms.

"We are using all available tools and resources to stop foreign call center scammers – and for the first time their US-based enablers – from conning elderly and vulnerable victims in New York and throughout the United States," said US Attorney Richard Donoghue of the Eastern District Court of New York.

"Protecting individuals from schemes that result in catastrophic losses to the victims is a priority of this Office and the Department of Justice."

According to ZDNet sister site CNET, the department opted for wire fraud charges because experience had shown that it was the fastest route to shutting down these operations.

SEE: Robocalling is out of control. Can an app help?

The applications for restraining orders on US-based robocall operators follows US President Donald Trump signing the TRACE Act at the end of 2019, which gave the Federal Communications Commission (FCC) and the Justice Department more power and incentives to prosecute robocall operators.

The FCC also aims to mandate that carriers implement its SHAKEN/STIR authentication system to help combat robocalls. AT&T and Comcast in March announced they had successfully tested SHAKEN/STIR-authenticated call interoperability across networks.

The FCC last year campaigned to fill a gap in the Truth in Caller ID Act of 2009, which didn't include call ID spoofing in text messages and international calls, preventing the regulator from going after offshore actors.