Full Bio
Posted in Between the Lines on February 27, 2019 | Topic: Security 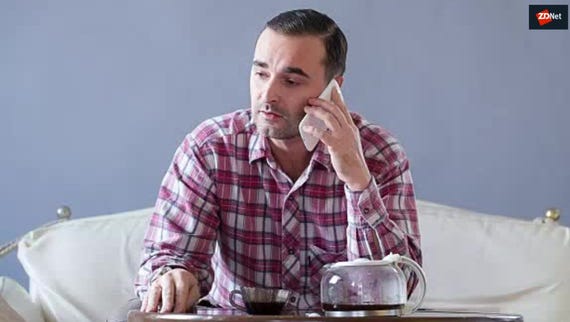 Robocall spam has surged to 85 billion calls globally with bank account, credit card and extortion being common scams, according to Hiya, a company that makes apps to fend off unwanted calls.

According to Hiya's first Global Robocall Radar Report, global spam calls grew 325 percent from a year ago to 85 billion. Hiya's estimate is based on an analysis of 12 billion calls per month globally.

Also: Here's everything you can do to stop robocalls CNET

UK, Spain, Italy, France and Argentina were the countries with the most robocalls. Like spam, robocalls have proliferated because scammers get just enough victims to rake in profits. The Federal Communications Commission and Federal Trade Commission have been looking at ways to curb robocalls, which are one of the top consumer complaints in the U.S.

Here are the countries with the most robocalls.

The most common scams include the following:

Those scams vary by country. For instance, there's a solar energy robo call scam in Italy where fake utilities ask for information. Scammers enroll victims for services that don't exist.

The UK has a customs scam where consumers get a test message to trick consumers into downloading malware. The scam revolves around asking victims to verify information for tax rebates.

Meanwhile, Argentina gets lottery phone scams and the U.S. has fake IRS calls. Mexico, Chile and Brazil have the kidnapping and extortion phone scams.

Robocall scams are also regional. In the U.S. most of the top targeted area codes by spammers are in Texas with Orlando, Atlanta and Birmingham in the mix.