Boxee, the on-demand streaming video platform for the desktop, has launched on Windows, along with apps and content from plenty of new sources. (Techmeme) 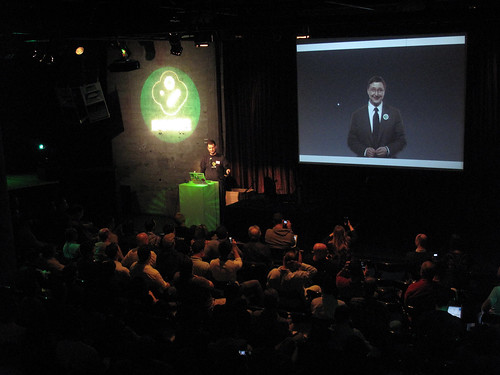 The alpha version of Boxee has been out for a while now on Windows, but now a stable version is in the wild. I've used it a bunch of times, and it's got any other Windows-based media center beat 100 fold.

You can now watch CurrentTV on Boxee with a slick interface. "Current has been right there in terms of technology. They are doing a lot of great stuff online, and I think working with Boxee, they are taking that next step to participate in the main place where people get content," said Avner Ronen, CEO of Boxee.

"We have also been working with Digg for a couple of months," admits Ronen. Bringing Digg to the TV experience has a lot of promise. There is now a Digg video application on Boxee that basically makes Digg a TV station. Even if some of their videos are immature, they are funny and viral.

Tumblr is also tumbling into the Boxee box. Ronen showed a slideshow with background music, which could be nice at a party as an undertone.

When the MLB.tv logo came on the slideshow, the crowd got a boost. "Because it's sports, because it's live, because it's high definition; it's a great experience. We hope it's just the beginning," said Ronen. You must be an MLB.tv premium subscriber to use it on Boxee though. 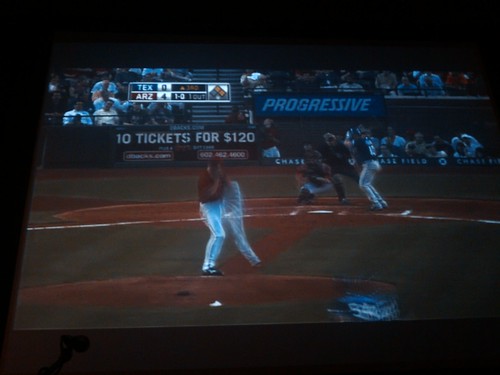 Once logged in, you can see all the results, scores, schedules of the teams you like. If a game is playing live, you can watch it right on Boxee. The game streamed in HD over the bar's wireless internet, and it looked sharp. This alone could be a reason to connect Boxee to your TV.

Along with a redesigned website, Boxee's desktop app has some new looks. The left nav bar has changed, with easy access to over 100 applications including MTV, Last.fm, HBO podcasts, and more.

If you haven't played with Boxee, it's definitely the future of web-based TV. You don't have to subscribe to overlords like Comcast and Charter to get your video anymore. Boxee is free, fun, and open source. Let me know what you think of the service in the comments.