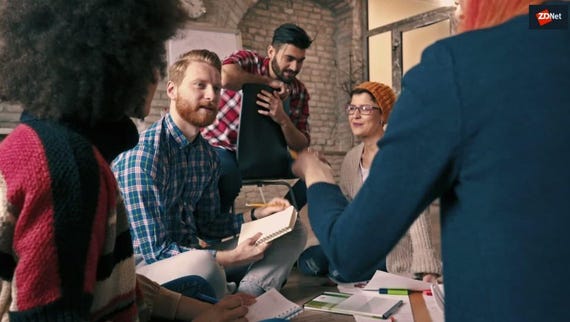 Silicon Valley VC investing hasn't changed much in more than 60 years and is still done the same way -- with founders pitching to VC partners, a board seat for the investors, and some business advice to the founders from time to time. A VC firm's portfolio companies generally know little about each other or even care to.

There's a Brazilian way of VC investing -- led by Movile Group, headquartered in São Paulo, Latin America's second-most populous city -- that demonstrates a different approach to investing that does away with pitches; instead, it uses a very focused, aggressive, acquisitive strategy. And that builds an ecosystem of startups that benefit from each others' strengths and borrow each others' executives. It hires from a common pool of pre-screened, diverse candidates, and it shares a common culture focused on innovating quickly and taking the risk out of failure.

So far so good. Movile and its synergistic tech startups are collectively valued in the multi-billions of dollars and the organization has global ambitions. Will this style of investing prove to be more effective and possibly disruptive to Silicon Valley's last century style of funding startups?

Earlier this year, before the travel restrictions hit, I flew to São Paulo as a guest of Movile Group. I had met Movile representatives last year when I was reporting on the annual BayBrazil conference -- an eye-opening gathering of investors and startups focused on Brazil held at SRI International in Menlo Park.

I was curious about how Brazil had become such an innovation engine in Latin America -- producing 12 out of 17 unicorns in the region in two years from 2017 to 2019.

This was my first trip to Brazil since June 2010, when I was a guest of the Brazilian government, which was showcasing Brazil's IT talent and its technical universities. A decade ago, Brazil was trying to build up its IT outsourcing business, hoping to win some of the contracts that US companies gave to Indian and Chinese IT outsourcing giants.

I was very impressed by the people and the talent. This time my visit was a similar experience and this time my focus was on some of Brazil's fastest-growing startups.

Movile describes itself as an investment company in tech ecosystems, but it started as a tech company. It traces its origins -- under a different name initially -- to 1998, when it was founded by Fabricio Bloisi and Eduardo Henrique. At first, it focused on SMS communications and mobile apps. By 2008 it had grown into the largest mobile commerce company in Latin America.

Then, it started investing in other startups, and now, it is the architect of a tech ecosystem built from 40 acquisitions. This includes iFood, which raised $500 million at the end of 2018 -- the largest funding at the time for a Latin American company

It also continued to develop mobile apps including PlayKids, one of the world's most popular kids entertainment platforms with users in more than 180 countries

On this trip, I met with executives at Movile at iFood. It was keen to show me how it did things, how the startup ecosystem it's been building fits together, and its culture that is encouraged to take risks, be fearless, and dream big. The Movile Way, a cultural recipe based on methodologies designed to foster fast innovation at scale. Stanford University teaches The Movile Way in a specialty graduate program.

The ecosystem approach works by using the best services from each startup. For example, iFood uses payment technology from MovilePay, and Wavy develops smart chatbots to improve customer experience. Other companies in the ecosystem include Sympla for event ticketing and event management and Zoop provides a white-label tech platform that helps businesses and marketplaces become fintechs.

Each are leaders in their sectors and each can support the others through technology licensing deals and through shared strategies and talent. These relationships speed growth in good times and they are invaluable when times are tough.

It's like the fire ants of the Brazilian rainforest that react to floods by interlocking their legs to form floating colonies and manage to survive extreme events. A single ant would drown, but together, they can trap enough air to keep them all afloat.

For Brazil's startups, the extreme events have been all too regular. The economic hits were far worse and far more frequent than in the US, where 2008 was the last major economic crash before 2020. Brazil's downturn from 2015 to 2016 cut 7% from Brazil's GDP. Startups there also deal with outdated legislation, bureaucracy, and political volatility.

An interconnected ecosystem of startups should provide several benefits. Each is a leader in key services which means they have access to the best technologies without having to expend their own resources. This helps each one move faster together.

There are other benefits. Movile helps each startup formulate its strategies and adopt a common methodology around innovation. It also handles the M&As for each startup, raising additional funding when needed, and it recruits executives and engineers for each company with a sophisticated Mobile Dream program in partnership with Brazil's top universities that attracts tens of thousands of applicants.

Fabio Massuda, head of Strategy at Movile, said, "It is unusual for young companies to do any M&As, but we believe that acquisitions complement and speed up organic growth and we do all the work in-house."

With more than 40 acquisitions, all but one were completely handled by Movile, saving money and helping to eliminate distractions for the founders.

Recruitment is another area where Movile can help its portfolio companies. During the most recent installment of the program, Movile received 25,000 applications fielded first by Fabi, a smart chatbot developed by Movile company Wavy, to help guard against any unconscious bias in the selection process. Eventually, just over 60 received job offers.

"We make sure our candidates will have a good cultural fit with us. As part of the program, we invite about two hundred of the best ones to attend a full day of presentations from Movile companies. And we coach them on how to do well in their forthcoming interviews," Carvalho said. Movile's startups then give offers to the applicants, and that means there can sometimes be competition for some of the talent.

Cultural fit is critical and Movile's culture is aggressive, ambitious, with a relentless focus on innovation.

Fabricio Bloisi, Movile founder and iFood CEO, said: "Our goal is to grow global companies, but as companies grow they become less innovative. How can I solve this problem? One way is to be very bold. My job is to challenge our startups to think about reaching for results way beyond what they thought was possible -- and convincing them that they can do it."

Technology is key and every company has to be a technology company. For example, iFood has hundreds of engineers working in AI and logistics -- it is a tech company that happens to be in the food delivery business.

All business decisions have to be data-based and solutions to business problems should include AI applications whenever possible. Movile has mandated AI training for all of its staff and all of its startups.

The Movile Way when it comes to innovative business ideas is to focus on small teams of six to eight members called "Jet Skis" that can quickly trial innovative ideas collected from staff across the company, with IT support. Jet Skis typically work for 30 to 60 days. If it works, then the organization adds more resources and quickly scales the business process.

These are called "Speed Boats" and more resources and people are added on. The best Speed Boats eventually become part of what Bloisi calls the "transatlantic cruise ship," which is Movile Group.

Teams are taught that failure won't be punished because each project generates lessons that can be used to guard against future business mistakes.

The ecosystem also shares some of its most talented executives, and they have moved around among the companies especially at crucial points in their growth. For example, Bloisi recently took the CEO position at iFood as the company enters into a global expansion phase.

However, the most important factor in The Movile Way is the encouragement to make a positive impact on a massive scale. Movile wants to make an impact on at least one billion people. And that passion was evident among the people I met with at Movile and iFood;  stock options are a poor motivator compared with a global mission of good.

Other VC firms are operating in Brazil that have had some success, using conventional and new approaches such as founder experience practices.

Redpoint eventures was the first Silicon Valley fund in Brazil in 2012. It launched in partnership with Redpoint Ventures and e-ventures. The Redpoint eventures' portfolio includes successful companies such as Creditas, Gympass, Minuto Seguros, and Resultados Digitais.

I visited CUBO during this trip, and it's an impressive space that connects entrepreneurs, large corporations, investors, and universities in one place. The Redpoint eventures' portfolio includes successful companies such as Creditas, Gympass, Minuto Seguros, and Resultados Digitais.

Will The Movile Way of investing in startups outperform Silicon Valley's traditional methods, maybe even disrupt them? The results might be in which startups emerge from the economic shock of 2020. A Brazilian fire-ant approach seems like a great way to survive the churning waters.