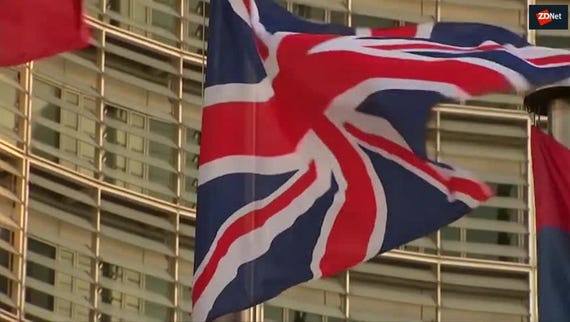 Early-stage companies are defined as those at the beginning of their startup journey, which have raised less than €5m ($5.67m). The categories with the most investment include: medtech, semiconductors, fintech, robotics and gaming.

Yet while the UK's tech ecosystem continues to retain pole position as the most financed in Europe, the report noted that "the most remarkable growth in the early-stage bucket was seen in France, where financing is well on its way to surpass the UK".

Its analysis puts France and the UK almost neck and neck in terms of attracting early-stage funding, with 24.04 percent and 24.59 percent respectively. Moreover, France's share is made up from 1,340 investments, compared with the UK's 1,147, showing that 193 more deals were made at this early stage in France than in the UK.

Following the Brexit vote in 2016, the report notes how "several notable funding sources for early-stage companies were put in jeopardy" in the UK.

It refers to the moratorium on new long-term loans to the UK from the European Investment Bank (EIB), which saw the UK lose 70 percent of EIB deals and its top spot of leading European beneficiary, leaving more funding opportunities open for France and Germany.

Natalie Novick, who researched and wrote that report says success and opportunity are unevenly distributed in the UK.

"When we're talking about the UK startup ecosystem, many speak about it in a homogenous way," she says. "London remains the continent's most successful startup ecosystem, however, things look very different in Manchester or Newcastle, and it's important to consider how Brexit might impact those areas."

Since Brexit, the French Tech marketing campaign has revved up a gear. President Macron announced France as a 'startup nation' and Station F, the largest startup facility in the world, launched in Paris. It has partnered with tech giants such as Microsoft and Facebook, and hosted entrepreneurs and global elites at a stream of events to become an international symbol of entrepreneurialism.

While hiring European talent has become more difficult in the UK following the Brexit referendum in 2016, France is offering a renewable four-year visa program that authorizes spouses and dependent children to live and work there.

But while Brexit is overshadowing the UK startup scene, Novick says many entrepreneurs and investors remain hopeful that the impact of Brexit will be addressed by the government.

"Founders are resilient, smart and shrewd," she says. "If a door closes for them, they will make a window elsewhere."

That "elsewhere" could be one of many European countries. The top 10 for early-stage funding investment includes: France, UK, Germany, Sweden, Spain, Netherlands, Russian, Finland, Switzerland, and Ireland.

Brexit worries are leading companies in information and communications to consider shifting some of their operations, mostly to Europe.

Paris and Berlin gain ground as investments in London drop amidst 'Brexit-induced uncertainty and alarm'.

Despite the growing risk of a no-deal Brexit, many tech companies don't know how to prepare themselves -- or even whether they can.

Impact of no-deal Brexit is already being felt on recruitment and investment. And uncharted waters lay ahead.

Brexit throws up a raft of questions for tech companies about how Britain's departure from the EU will change how they do business. Find out how it'll affect you.

Return of roaming charges after Brexit is a possibility, but not a given CNET

There's no need to panic just yet.