Through a pane of clear plastic, speaking through a mask, a checkout clerk at a grocery chain told my wife she was feeling sick.
Written by Greg Nichols, Contributing Writer on Aug. 5, 2020 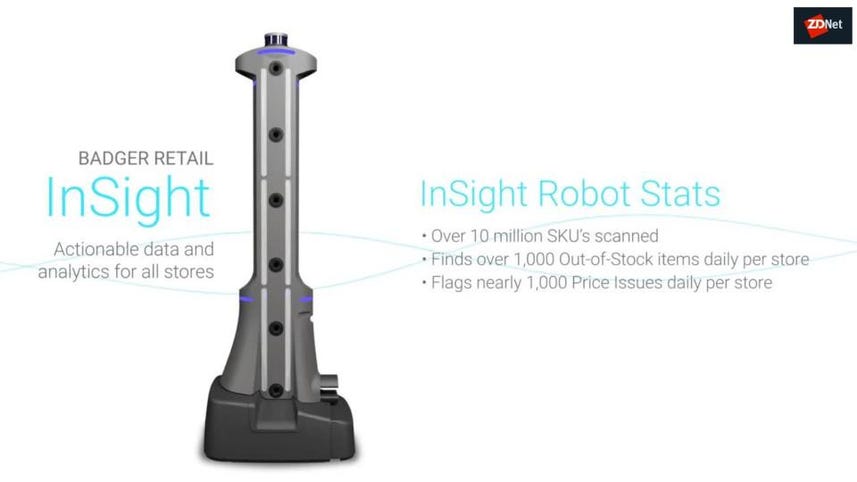 Through a pane of clear plastic, speaking through a mask, a checkout clerk at a grocery chain told my wife she was feeling sick yesterday. My wife asked (and I'm imagining her taking a big step back as she did) if she'd told her manager. The clerk replied she had but she was out of sick days and couldn't afford to lose the pay.

That story is true, and it's horrifying -- both for the risk of outbreak it suggests and for the complicated labor realities it betrays. It's also an anecdotal illustration of one more reason automation is coming to grocery stores, and fast.

Concerns of automation replacing jobs en masse are often overstated, but if you're a grocery worker it really may be time to pay attention. The pandemic has only reinforced the drive toward automation in the brick-and-mortar grocery sector, which is increasingly adapting to an on-demand delivery paradigm while seeking ways to increase efficiencies and cut costs to compete with digitally native concepts. And, of course, increased risk of employee exposure and customer outbreaks at high-traffic stores have only spurred the automation conversation.

Employees have quite naturally fought back against cost-cutting measures, including by unionizing (the store my wife visited is not unionized, which may contextualize the lack of good options for a sick employee), but at the same time chains large and small are increasingly deciding to pivot toward automation in what looks to be the first wave of a larger trend.

The latest example is Badger Technologies, a product division of Jabil, which has announced it is deploying multipurpose robots at Woodman's Markets throughout Wisconsin and Illinois. The chain has 18 locations.

Badger's robots monitor inventory, part of a new generation of shelf-scanning robots. Though relatively new on the scene, shelf-scanning robots will become a common sight in physical retail locations within the next couple years. They roam stores and quickly scan merchandise on shelves, helping retailers keep track of inventory more efficiently than employees with scanning guns.

But their real benefit is in the data they collect, which cycles into purchasing and stocking decisions. By analyzing massive amounts of data, such as item popularity at a given time, retailers can gain something akin to e-commerce level insights into customer behavior and product trends. Badger's robots will monitor product availability, verify prices, and deliver precise location data for more than 100,000 items at each location, part of Badger's retail automation solution designed to elevate store execution, lower operational costs, and increase store profits.

"Most Woodman's stores are over 240,000 square feet, nearly six times larger than the grocery industry average," says Tim Rowland, CEO of Badger Technologies. "Not only can our robots perform shelf scans in hours instead of days, but they collect and connect critical data with the Woodman's mobile shopping app to take customer experiences to the next level."

The technology is impressive. According to the company, innovative imaging tools and neural networks detect out-of-stock items with more than 95 percent accuracy while identifying misplaced or mis-priced items, huge generators of waste and lost revenue, with over 90 percent accuracy.

To be sure, none of this is meant to directly cut down on human employees. Woodman's in fact, is a 100-year-old employee-owned operation. But it's easy to see how the drive toward efficiency paves the way for increasing penetration of automation down the road. According to an announcement from Badger, automating shelf scans will eliminate arduous manual tasks, especially given each store's large floor space.

As the pandemic rages on here in the U.S., automation has largely lost its stigma. The grocery sector will be a bellwether for larger changes coming across the service economy.