Full Bio
Posted in Between the Lines on July 12, 2018 | Topic: Enterprise Software

Broadcom said it will acquire CA Technologies for $18.9 billion in cash, wring out cost savings and become a software player as well as a semiconductor and storage company.

Perhaps that plan wouldn't sound so crazy, but analysts have seen this movie before. Once upon a time, Intel expanded into software too. It added Wind River and McAfee to its roster. Both software units were spun out as Intel decided it had to focus on its core business.

Fast forward to the roll-up that is Broadcom and the CA Technologies purchase is being panned for everything from financial engineering to lack of strategic rationale to cost synergies that are unrealistic.

Jefferies analyst Mark Lipacis summed up the conundrum of Broadcom and CA:

We expect investors initially to be concerned because it is AVGO's first large acquisition of a software company. While CA is a departure from Broadcom's core semiconductor business, it is consistent with its track record of acquiring out-of-favor, market leaders with high cost structures.

Lipacis' comments are worth noting. What is Broadcom's real core competency? It's buying companies and generating returns. Broadcom is more like a private equity firm than a technology company. Sure, Broadcom has operations, technology and intellectual property, but it acquires so many companies it's hard to figure out what's organic. 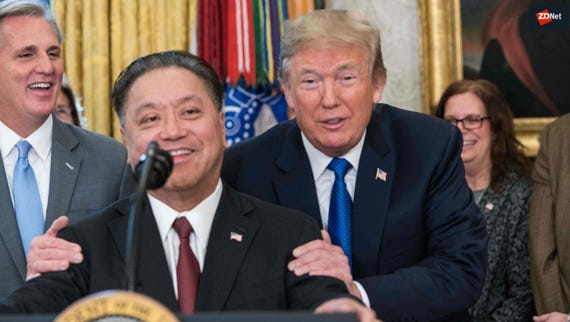 In that regard, the Intel-McAfee comparison may not hold. Intel tried to integrate its hardware with McAfee's security tools. That effort only went so far. Broadcom wants the recurring revenue. CA may be more of a portfolio company.

Evercore ISI analyst CJ Muse noted that Broadcom's purchase of CA doesn't hold up even if you take a private-equity view of the deal. Muse said:

We think investors will likely be disappointed at this deal, which seems more financial engineering/PE driven than due to any strategic rationale. We note that CA Technologies had been in the process of selling itself and had failed to attract a private equity buyer. With software mainframe revenues in decline and no clear synergies to Broadcom's current revenue streams, we struggle to understand the company's incentive here.

One possibility is that Broadcom will divest some of CA to focus on its core mainframe and management software.

While much of the Broadcom-CA consternation revolved around potential problems, there's a case that the company could pivot like Cisco has. Cisco has also acquired a bevy of software companies and built up its recurring revenue with applications. What's the difference between Broadcom and Cisco?

History suggests that combining Semi and unrelated Software businesses is risky (Intel + McAfee). Cisco has had success transitioning from a hardware-only model to a recurring revenue model, but in Cisco's case, software is typically bundled with its hardware solutions, which is different from the Broadcom + CA model.

Simply put, Cisco is more strategic. It also has always been a software company because it bundled applications and operating systems with its hardware. The biggest difference now is that Cisco decoupling software and hardware. Cisco is an acquisition machine, but it also knows how to operate under a multi-year strategy.

Broadcom has to prove that it has a plan and can innovate in the long run. Maybe the company can start proving critics wrong with CA.