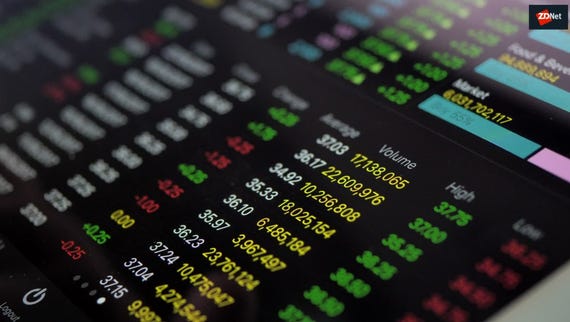 It should come as no surprise that when key industry bodies write submissions to government consultations they're self-serving. That's what such lobby groups are for, right?

But in its submission to the current consultation on developing a national Digital Economy Strategy, the Australian Chamber of Commerce and Industry (ACCI) has gone beyond the usual bleatings about tax breaks, more "flexible" employment conditions, and a call for the the government to pay for the vocational training that businesses have long since stopped doing for themselves.

"Other governments, such as the United Kingdom and Canada, are ahead of the Australian government in terms of open data," the ACCI writes in its submission [PDF].

"It is vital for businesses to have access to cohesive and complete public datasets. Datasets provided by the government that are more complete can, in turn, produce more accurate analytics, drive efficiencies and productivity in both the public and private sectors. If the range and breadth of raw government data increased, it would encourage digital integration between the public and private sector in Australia."

Leaving aside the question of whether such access really is "vital" rather than merely "useful", we should remember that it has been collected at taxpayers' expense. Nowhere does the ACCI suggest that businesses might pay for it, however. Nor do they suggest a modest increase in the corporate tax rate. Of course.

The ACCI also calls for more system integration and interoperability between government agencies, so that "data would be requested from businesses only once ... This could also be expanded to include data exchange capabilities between different international jurisdictions".

There are barriers to overcome, of course. The ACCI identifies, for example, "legislative restrictions; a culture of risk aversion; lack of national leadership for data sharing and release; and, [that] the extent of productive linking and integration of datasets varies substantially across jurisdictions."

Yet nowhere in the ACCI's submission is the word "privacy".

Nowhere is the phrase "data breach".

Privacy has taken a back seat to a lust for big data, according to Steve Wilson, vice-president and principal analyst with Constellation Research.

"Data scientists seem to think they can tick a privacy box and just get on with their analyses, perhaps because some consultant has said 'privacy is a positive sum game'," Wilson told ZDNet.

"Well no, privacy is about restraint. Privacy is mostly not about what we do with data, but what we don't do with data. Privacy considerations mean that the risk of some of big data's grand missions might just not be worth it."

Wilson believes that some people have a "fetish for data and open data", a largely unproven faith that all this data will lead to better evidence-based policy.

"Big data is a dangerous, faith-based ideology. It's fuelled by hubris, it's ignorant of history, and it's trashing decades of progress in social justice," I wrote in 2014.

Since then little has changed, although it's possible that the increasing public awareness of the scale and scope of data collection, and the expanding news coverage given to data breaches, may change that. Australia's mandatory data breach notification laws come into force in just a few weeks. Wait and see.

"I don't believe we have properly accounted for the privacy risks," Wilson said.

"People have a human right to privacy, but I am not aware of any basic business right to obtain and process data."

Australians will trade privacy for security if you frame it right

If you want to invade the average Australian's privacy, tell them it will prevent terror and you will be on your way.

The Australian Privacy Foundation wants the federal government to act swiftly in ensuring the health information of citizens is safe from suffering the same fate as Equifax clients.

Report: 71% of consumers fear AI will infringe on their privacy (TechRepublic)

Despite optimism from tech leaders, consumers may not be as excited for AI in their lives, a new study found.

Join Discussion for: Business must tone down its lust for big...