As California's water board pressures thermoelectric plants to upgrade their cooling systems, newer plants seek relief from the heat elsewhere, but at a price.
Written by Melissa Mahony, Contributor on May 18, 2010 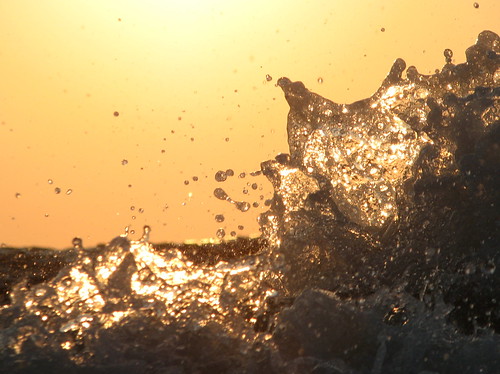 Water feuds in California between fish and farmers (and just about everyone else) are nothing new. Recent decisions regarding water use in the state, however, are bringing the energy industry even deeper into the water game.

Coal, natural gas and nuclear power plants are facing more restrictions regarding using coastal waters to cool down their facilities. Withdrawing freshwater is pretty much already off the table.

After a series of droughts, the California Energy Commission discouraged using freshwater to cooling thermoelectric plants in 2003. Utilizing marine or estuarine waters is an option taken by some. Through a process called once-through cooling (OTC), the plants bring water in, use it, and send it back into the environment.

OTC is cheap and energy-efficient. Unfortunately, the water carries wildlife into the plant with it. And the same water that goes in does not come out. As it returns home, the effluence can be polluted and warmer than the natural waterways. This often harms the ecosystem's animals, plants and microorganisms.

Around the country, laws and increasingly hard-won permits have been chipping away at OTC for years. In April, New York State denied a renewal permit to the Indian Point nuclear facility on the Hudson River.

California's State Water Resources Control Board adopted a policy earlier this month to require 19 energy facilities (2 nuclear), which draw coastal water, to upgrade their cooling tech. According to the board, the facilities—which have the capacity to intake 15 billion of water daily—kill about 2.6 billion fish and 19 billion fish larvae every year.

The U.S. Environmental Protection Agency is evaluating whether to follow California’s lead.

Meanwhile, Solar Millenium apparently plans to use dry-cooling for its proposed solar-thermal facilities in the Mojave Desert. I suppose dry-cooling makes sense in a desert but the practice, which uses fans to blow away heat into the air, can be inefficient on hot days.

This could get expensive for the growing industry, but in California, water is blue gold.