With an 830-mile border with Russia and as Europe's most forested country, it's understandable that Finland's interest in drone tech is growing fast.
Written by Richard Robinson on Dec. 14, 2018 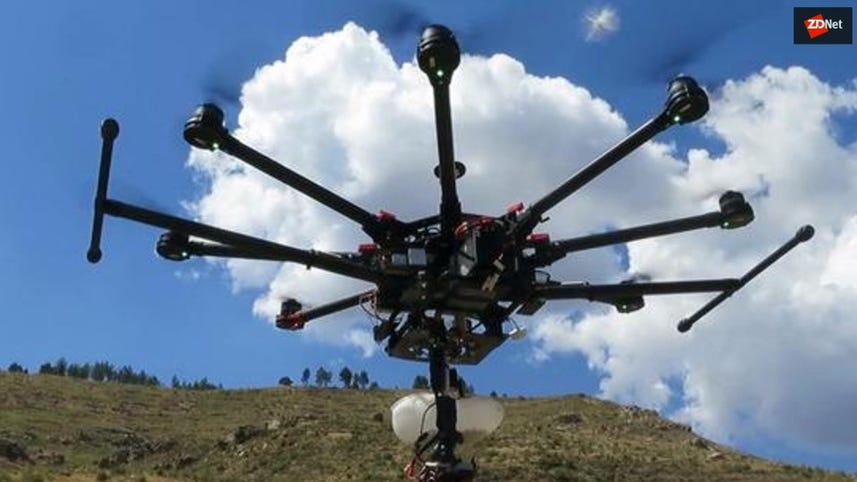 Finland's military has been sending letters to drone pilots up and down the country to solicit their services for a new unit that would mobilize in time of war.

The military authorities have contacted hobbyists and professionals alike, in fact anyone who has sought permission from the Finnish Transport Safety Agency (Trafi) to fly a drone, according to Helsinki newspaper Ilta-Sanomat.

The military's letter seeks to gauge the individual pilot's interest and lays out the criteria for their involvement.

They must be a Finnish citizen who does not fly drones for the police or the emergency services, and who has completed national service -- national or civil service is still compulsory in Finland.

If they're eligible and interested, they have to provisionally agree to attend reservist training roughly once a year. Finnish General Headquarters chief communications officer Max Arhippainen acknowledged that the military is conducting small-scale research into the use of commercial drones, but stressed that the decision about the formation of the new unit has yet to be made.

The Finnish Border Guard is also increasingly engaging with drone technology. After a successful initial trial period in late 2017, they have announced their intention to make drones an everyday feature of their patrol work.

They currently have around 50 drones in operation, which will be employed in a range of surveillance activities over the coming months as part of field tests and personnel training.

As reported by Finnish public broadcaster YLE, the final decision on how extensively to incorporate drones into the border guards' future operations will be made in spring 2019.

However, their potential was recently demonstrated by the Finnish police, when they used a drone equipped with a thermal-imaging camera to find an elderly man lost in the forest in North Karelia in late November.

The operation was the first time search and rescue had been conducted using a drone, but the country's difficult terrain explains the border guards' interest in the technology, since 75 percent of Finland's land mass is covered by forest.

As the most forested country in Europe and with a 1,340km (832-mile) border shared with Russia, Finland has sound reasons for the increasing deployment of drone-based surveillance.

The technology has also facilitated a new form of cross-border crime. In July 2017, the border guard received reports of drone sightings in Penttilä, south-east Finland, and a few days later found a crashed drone and 45 packs of cigarettes in the forest.

It was the first-known case of smuggling by drone from Russia to Finland. It was also an aviation offence, since the whole eastern border is a restricted airspace, EFR100, with any drone flights requiring prior permission from the Finnish defense forces.

To keep drone users up to date on restricted areas and no-fly zones, Trafi runs droneinfo.fi, as well as an app that allows drone pilots to see nearby prohibited airspace while their device is in flight.

Most temporary no-fly zones relate to military exercises, but Trafi also implements them for events with large crowds or when the authorities require the airspace for their own surveillance.

On December 6, Finnish independence day, Trafi introduced a no-fly zone over the center of Helsinki. The national holiday has been marked by sizeable demonstrations in recent years, and in 2017 the police deployed 22 drones to help them monitor the crowds.

This was the first time they had undertaken a large-scale drone operation. It proved so successful that it was repeated this year, with Helsinki police posting aerial updates of the various protests and parades on their Twitter feed. They also announced that they had been forced to take action against a number of drone users who had failed to adhere to the no-fly restrictions.

One legal issue that has united the Finnish military, border guard and police in frustration has been their lack of authority to take down drones by force, even if the devices are being flown in a dangerous fashion.

However, that situation looks set to change. In November, the government proposed a legal reform to give the police power to down disruptive drones.

And for the Finnish defense forces, a new law will come into force on January 1, 2019, allowing them "to temporarily take control of, by force or with technological devices, to prevent the use of or otherwise interfere with the course of" drones that fly in any area designated for military use.

The network lets users monitor drone flights up to 120 meters above grown and identify nearby drones while managing them separately.

The drink cart is being replaced by a delivery drone at one golf course in North Dakota, but the companies behind the endeavor have a bigger fairway in mind

French company Delair is shifting deeper into managing drones and the data they produce.

It says the 14 quadcopters will be used for hostage situations and inaccessible crime scenes.