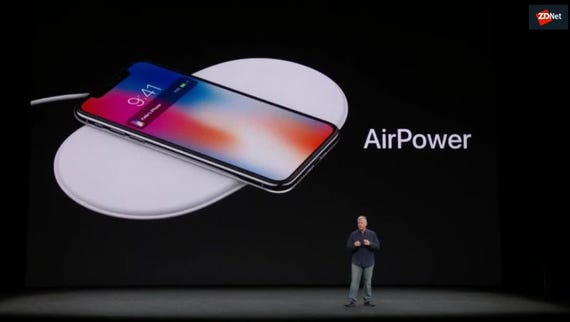 Will Apple's new iPhones explode if they wirelessly charge while plugged in?
Watch Now

Video: Will Apple's new iPhones explode if they wirelessly charge while plugged in?

It hadn't occurred to me until I was asked the other day what would happen if you put an iPhone X/iPhone 8 that's charging using a cable down on a wireless charging pad. Will it blow up, or will it just charge normally?

My initial thought was that no matter whether you put a charging iPhone down onto a charging pad or plugged an iPhone into the charger that was already on a charging pad, it would charge using the cable, because that would be the fastest and most efficient method.

The reality is more complicated than that.

First off, doing this isn't going to blow up your iPhone. That would be a massive oversight on Apple's part, and charging circuits and batteries are a lot smarter than to allow that. And it's not like we don't have devices that can be recharged using a number of different ways simultaneously without harm. For example, I have a radio that can be recharged using a cord, a wind-up crank handle, and using the built-in solar panels, and the energy harvesting circuit inside that handles it all without turning the radio into a puddle of melted plastic and burning Li-ion batteries.

OK, so what happens when you try to charge an iPhone using both the cable and wireless charging pad?

Let's break this down into two scenarios, starting with the most common -- what happens if you put a charging iPhone down on an active wireless charging pad?

The answer is that it continues to charge using the cable, but there's a "but." And that is that the iPhone draws a small amount of current through the charging pad (around 0.4Amps, which includes the power that the charger needs to operate as well as what it's delivering to the iPhone), and to compensate for this it reduces the amount it's pulling from the charger. However, the overall charging time does not seem to be affected, and the iPhone doesn't seem to suffer from any ill effects, such as overheating.

But what happens if you charge an iPhone using a cable that's already on a charging pad? I would have expected the iPhone to do what it did above and switch to taking its power from the cable, since this is the most efficient way, but what seems to happen is that it ignores the cable completely and continues to draw a charge from the charging pad. While this is an unlikely accidental scenario (it's quite hard to plug the cord in while keeping the iPhone on the charging pad), it is worth bearing in mind in case you ever do it and wonder why your iPhone is charging slowly.

Note that the above applies whether charging using regular USB-A or with USB-C fast charging.