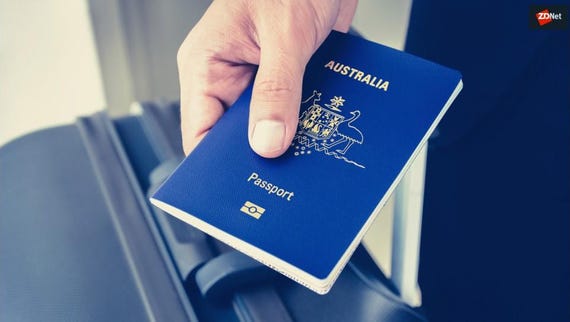 The federal government in March terminated the contentious request for tender process that would have resulted in the privatisation of Australia's visa processing system.

In response to questions on notice from Senate Estimates held in early March, the Department of Home Affairs revealed it had spent nearly AU$65 million on external contracts on the proposed Global Digital Platform (GDP) before deciding it was best to be shuttered.

The department was appropriated just shy of AU$92 million for the design and procurement of the GDP, which it said was to cover the project in an end-to-end manner.

"A combination of both internal resourcing and external contracts were utilised throughout the process," Home Affairs wrote.

The external contracts, the department said, were entered into for a cost of AU$65 million, with the remaining funding allocated internally to undertake and support these activities.

"The department utilised external providers, to a value of AU$64.876 million, with the remainder utilised on departmental costs including staffing, suppliers and enabling costs," it wrote.

Of the AU$65 million, Boston Consulting Group walked away with AU$43.5 million and KPMG with nearly AU$8 million.

MinterEllison, EY, PRAGMA, and PwC-owned Strategy& were given around AU$2 million; and McGrathNicol, Maddocks, Noetic, MXA, and Ngamuru each walked away with around AU$1 million for their assistance with the GDP.

A decision on the tender was due to be made in October 2019.

In announcing it was binning the process, the government said it was pushing a "broad new policy approach", which it has detailed would change how it acquires and delivers workflow processing capability within the Department of Home Affairs and other areas across government.

"The government will implement modern, easy to access, digital services for clients," a statement from Acting Minister for Immigration, Citizenship, Migrant Services and Multicultural Affairs Alan Tudge said at the time. "This approach seeks integrated enterprise-scale workflow processing capability that could be utilised across the Commonwealth.

"Key to this is recognising the efficiencies that can be generated from large-scale government investment in technology and the re-use of capability across government."

With the privatisation plan scrapped, Home Affairs said it was planning on conducting a market consultation process in the coming months to determine the best way to deliver "large-scale workflow processing capability for visa and citizenship applications and additionally, for Customs functions and personnel security clearances in the Home Affairs portfolio".

Prior to shuttering the GDP, there were also concerns over conflicts of interest after a friend of Prime Minister Scott Morrison's, Scott Briggs, removed himself from the visa processing bid after it was revealed his Southern Strategy venture made a "mistaken" AU$165,000 donation to the Liberal Party.

Join Discussion for: Canberra spent AU$92 million on the now-binned...