It's no secret that Italy's universities are short of money. Between 2009 and today, their funding from the Ministry of Education fell by €1bn (a 20 percent drop over the five years), leading to a widening gulf in Italy's investment levels and those of its European counterparts.

According to a recent report by the country's education watchdog the Anvur, Italy invests 0.52 percent of its GDP into academic research every year, compared with an average of 0.70 percent in OECD countries — which means it's spending roughly €3bn less than it should be.

No wonder universities are forced to cut salaries and services, including outsourcing email services, which can be costly to run.

Exactly who runs a university's email service might appear to be a minor issue, but some would argue that's far from the case. The company providing that email service — which not only students but researchers and other scholars use to communicate — could theoretically have access to the sensitive information and confidential documents that are sent over it, but expected to be kept confidential. Consequently, the decision to outsource email can cause concern — particularly when the company taking over the service is Google. 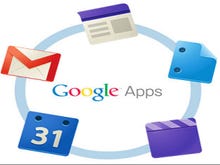 Others, such as the University of Turin, have joined the list this summer. In the past, the news would have passed largely unnoticed, but times have changed. The Snowden revelations have highlighted the dangers of using cloud services provided by foreign companies — especially US-based ones, which could be subject to interception by the NSA. Just a little over a month ago, a federal judge in New York held that data stored by US companies on overseas servers must be handed over to authorities when they're subject to US search warrants.

Little wonder, then, that recent decisions by universities to adopt Google services caused a bit of stir in Italy. Some teachers — such as associate professor of sociology at the University of Turin, Luciano Paccagnella — publicly complained on the Nexa mailing list about the opacity of the procedure.

"We have been told that the university will save around €100,000 through this, and that users will also have a set of advanced services, but these are not the reassurances I need," he said. "What I'd like to know is: where will the servers storing our data be located? According to which legislation will they be handled? What happens if someone refuses to join the new service?"

The issue even prompted a parliamentary question by Chamber of Deputies member Stefano Quintarelli of the Lista Civica group. "The main point here is that universities decided to switch to Google's solutions without even asking for users' consent or giving or giving them the chance to opt out," Quintarelli told ZDNet.

In his question, the MP maintained that outsourcing email services could pose a threat to the privacy of communications between researchers, and that by scanning and analysing the flow of messages, it could also be possible to reconstruct the network of contacts and relationships among Italian professors.

In order to provide its consumer Gmail service, Google scans messages to provide relevant ads. However, when it comes to the Google for Education services, the company maintains that it doesn't scan messages for advertising purposes, nor does it share users' information with third parties, except when it is required by law to do so.

This has not always been enough for European legislators. In Sweden, the data protection authority last year ordered a municipality in Stockholm to stop using Google Apps in schools due to inadequacies in its contract with the company. In Germany, to avoid using Dropbox or Google Apps, a network of institutions in the region of North-Rhine Westfalia  decided to build an inter-university private cloud using the open source platform ownCloud.

Having a custom cloud to rely on could perhaps soothe the worries of Italian scholars. In Italy, however, trying to deploy something similar to the German initiative could prove difficult, both due to the time needed to get it up and running (the ownCloud project started in late 2011) and also the current state of IT services in many Italian academic institutions.

"The choice here was not between a friendly public service and the evil private market leeches," the University of Turin's jurisprudence professor Ugo Pagallo said. "On the contrary, the previous academic email service in the last few years simply didn't work well. So much so, many researchers have already chosen to use third-party services to avoid problems."