Italians don't love credit cards or even, come to that, digital payments in general. The percentage of electronic transactions in the country stands at a meager 14.3 percent of total purchases.

That figure compares poorly with an average of over 31 per cent for other Western European countries such as France, Germany, and the UK, and is light years away from the heights of the Scandinavian nations, which hover at around 47 per cent.

There are several reasons for this gap: one is that Italy has a record number of 'unbanked' citizens. In other words, 15 million Italians do not have a bank account. Behind this statistic lies a wariness about financial monitoring because of privacy concerns and because of widespread tax avoidance. 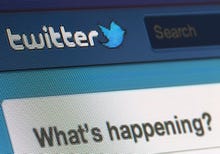 It's not easy to overcome those obstacles. But a local administration in Italy is doing its best to swim against the tide. The northern city of Bergamo in Lombardy has succeeded in recording a 10 per cent increase over seven months in the number of electronic payments made by residents, by joining the Cashless City project sponsored by financial services provider Carta Sì, Visa, MasterCard and two banks, UBI and Banco Popolare.

"Credit-card usage in Bergamo was even lower than the national average, at 13 percent. So, when Carta Sì asked if we wanted to participate in the project, I said, 'Sure'," town councilor Giacomo Angeloni tells ZDnet.

Thanks to the support of local merchant associations, the use of local heroes, such as singer Roby Facchinetti from legendary Italian pop band the Pooh, to provide testimonials for the initiative, and a bit of gamification, Cashless City has turned out to be a success.

From May to December, every month the sponsors of the project announced the total number of electronic transactions that had to be reached in Bergamo so that the city could unlock a reward.

In May, the bar was set at 565,000 monthly transactions. Having achieved that goal, the organizers donated a co-working space in the Lazzaretto district to the municipality.

In June, the prize was an interactive computer kiosk that could be used by residents to access the services of the local registry office remotely.

"We just installed the first one in the hall of the Pelandi library," Angeloni says. "Thanks to the kiosk, citizens can now pay without having to request or copy any document except, for legal reasons, their identity card, and without having to go to the office in person."

The kiosk was followed by the transformation of Pacati square into a 'smart area', with Wi-Fi and electric charging stations. Next came a baby playspace for toddlers and their parents and, finally, the provision of fiber-optical connectivity to all schools in the area. 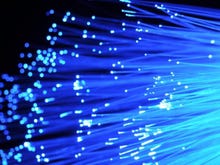 Together with these collective rewards were also individual ones. Every customer and every retailer, from May to October, could win a daily prize of €100 or a weekly one of €500, provided they had taken a picture of the sales receipt from the electronic payment terminal and uploaded it to the Cashless City website. Another way to upload it was through the smartphone app, available in Android and iOS versions.

By the end of 2015, the project was supposed to have ended, but the general feedback was so enthusiastic, and the marketing return deemed so valuable by the organizers, that they decided it to extend it for another six months, until June 2016.

But will Cashless City really make a difference? Put it another way: will residents keep on using credit cards, when the incentives are over?

Angeloni believes so. "Proof is that in the final two months of last year, when personal incentives were no longer available, cashless payments continued to grow," he says.

Join Discussion for: Cashless payments: How one city has made...