'Innovation is the key driver of economic growth' is the mantra for governments around the world seeking to boost global competitiveness.

However, being innovative is easier said than done for the Spanish region of Catalonia, where the Eurozone economic crisis which began in 2009 and severe budget cuts are still weighing heavily on local government policy. Delivering on that vision becomes even more complicated when you take into account that the region, home to over seven million people, is in the throes of a complex political process that could eventually see it cede from Spain.

After five years of manoeuvring, the Catalan government earlier this year unveiled a roadmap that's intended to deliver on that innovation goal, by allowing the region's six advanced technology centres to be integrated into a single organisation.

The aim of the merger is to create an international centre of reference which will help the region's small and medium-sized enterprises solve their technological challenges. The centre will work to ensure that local SMEs, which make up the bulk Catalonia's businesses, have access to high-level innovation and technology transfer to help bolster their competitiveness in the global market.

Five years ago, at the end of August 2010, the Catalan Executive, then ruled by a left-wing tripartite coalition, announced its intention for the six centres to merge, but the plan was quietly sidelined. This year, the decision was taken to once again try to combine the centres. 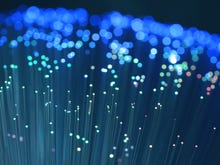 Spain to get €1bn fibre to the home roll-out Vodafone and Orange are teaming up to take fibre to six million Spanish premises by 2017.

The Catalan government's director general for industry, Antoni Ma Grau, acknowledged that integrating the six centres "is a complex process".

"The centres have different organisational models and different dynamics. Each has its own culture, its history, and origins, which have determined its model," he added.

The roadmap for the integration has now been drawn up, and involves a two-stage process. The transition should be completed in 2016, the year that the current government's term is set to come to a close, although everything suggests that there will be early elections that could end up in a referendum on Catalan independence from Spain at some time before then.

At the end of 2014, the first stage will begin with three of the centres - the Ascamm Foundation, CETEMMSA, and Barcelona Digital Technology Centre - dissolving and transfering their assets and liabilities to Alira, the organisation that will eventually become the single centre.

The Ascamm Foundation is a technology centre which was founded in 1987 for research purposes by the Catalan Association of Mould and Die Companies. Its areas of focus include materials such as polymers and processes such as intelligent manufacturing. Among other projects, Ascamm is developing rescue drones for the European Union's Icarus project to assist human crisis intervention teams.

Barcelona Digital, meanwhile, carries out applied research into information and communication technologies. It recently developed a platform to care for the elderly.

Cetemmsa is a technology R&D centre with a 19-year history, carrying out applied research into smart devices and materials including flexible photovoltaic textiles.

In the second stage of the merger, the remaining three centres - Leitat, CTM, and Barcelona Media - will be incorporated into the Alira foundation.

Leitat was founded in 1906 and concentrates on research, industrial growth, and innovation. Among its specialities is biotechnology, where its research includes cancer therapy and toxicology.

The CTM Centre works for companies, organisations, and institutions in the fields of materials technology, environmental technology, bioengineering, energy, simulation, and innovative design.

Finally, Barcelona Media is the technology centre of reference for the media sector in Catalonia. Last year, it celebrated its tenth anniversary, having participated in the EC's 2020 3D Media project, which focused on 3D sound and images.

The last three centres are developing their own transitions plans, which are expected to be published before the end of the year with integration to follow before 2016. Details of the plans have not yet been disclosed.

Once each centre is integrated, the six will work jointly, sharing knowledge on how to combine their different units. They will also start to work on forming partnerships with universities and research centres.

The Catalan government considers merging the six centres to be a priority for the region for two reasons.

Firstly, it can serve as a driver to develop key technologies that can be used to underpin the regional government's Intelligent Specialization of Catalonia (RIS3CAT) strategy, which in turn should attract EC funding to the region. The strategy identifies seven priority areas for industrial policy in the region: design-based industries, sustainable mobility, energy and resources, cultural and experience-based industries, food, health industries, and industrial systems.

Secondly, the merger should provide an opportunity for Catalonia to attain a leadership position in innovation. "The government understands industrial policy can be a tool for economic recovery, a tool to spur job creation, as well as the key to the future development of the country," said the Catalan government's Grau.

"Catalonia has always been a country with a culture of industry and a tradition of entrepreneurship. 20 percent of its GDP is generated by the manufacturing industry, a figure that exceeds 50 percent if you also take into account the industries that support manufacturing - business services, utilities, and finance, for example. However, like the vast majority of western and developed economies, over the past 20 years we have gone through a process of the reduction of the weight of the manufacturing capacity, partly offset by the growth of activities related to production services," he said.

"Given the difficult economic and financial situation that the country has endured for more than five years, it is clear that we need something more to reverse the current trend and create a solid foundation for the future," Grau added.

The Catalonian government, the Generalitat, insists that integration will enable the centres to "increase their capabilities, gain critical mass, improve their offer, and generate more activity".

The forecast is that in 2016 the new integrated centre will generate revenues worth €100m, more than double the figure it raised in 2013. By the end of 2020 the centre is expected to attract funding from the EC's Horizon 2020 program and the RIS3 to the tune of €200m. The Generalitat meanwhile will contribute €45m in support until 2016.

The centres themselves are not able to comment on the integration process, having signed a confidentiality agreement.

While it's thought the distribution of responsibilities and top jobs in the merged organisation aren't altogether popular with current employees at the six centres, and there's doubt over whether the merged centre can attract more funding than the separate centres, there's unlikely to be any hold up to the proposed union. The Generalitat is in a hurry to move forward with the merger.

With this project, Catalonia aims to become a leading technology region not only in Spain, but further afield too. "In creating this new integrated centre we have been inspired by processes developed by leading institutions in the field of scientific, technological, and industrial research in Europe," said Grau.

For his part, the first vice president of the Foundation for Industry Antoni Garrell agrees that "to compete with the global world and fight unemployment, it's necessary to promote the recovery of industrial production".

"Both knowledge-intensive industries and the advanced manufacturing industry need to look at the world and make competitive and innovative products using the most recent developments in design. Catalonia's business base is composed of SMEs that do not have the capacity to conduct research. Therefore, having access to powerful technology centres is essential," he said. "It is better to have one large powerful structure than many small units which cannot meet all requirements."

Xavier Marcet, founder and president of the Barcelona Drucker Society, echoed this sentiment: "Only those who believe in their future can innovate, be they people, enterprises, or countries."

Join Discussion for: Catalonia forges ahead with plan to turn...