On Thursday, the CEOs of NVIDIA and Arm addressed the controversy around the $40 billion deal that saw NVIDIA purchase the company from Softbank in September.

Arm CEO Simon Segars and NVIDIA CEO Jensen Huang spoke with analyst Pat Moorhead at the Six Five Summit. Both argued that the merger would benefit a number of industries.

Segars said Arm is overwhelmed with demand and has been unable to deal with the increased need for more computing.

"Right now, we're looking at everything we can do in a day. We've just got way more to do than people to do it. That's always been the case, but right now, it's more so than ever," Segars explained.

"The range of products that our licensees want to build is growing and growing. What they're asking from us is increasing and increasing because of the complexity going up. There's no way that we could do it on our own."

Despite criticism of the deal, Segars argued that NVIDIA would provide more resources so that Arm can "create an even richer portfolio of IP and help fuel the delivery of really cool applications that are to come."

Dozens of major companies rely on Arm's IP and expressed outrage at one of their competitors, NVIDIA, buying the company outright. Companies like Intel, Qualcomm, Xilinx, Advanced Micro Devices and others use Arm's technology but compete in the same market as NVIDIA. Even the UK's Competition and Markets Authority raised issues with the deal on national security grounds.

In October, Arm's president of IP Products Group, Rene Haas, said there would be a "firewall" between the two companies and added that they would not give any early access to Nvidia. But Haas later admitted that Arm would have to share certain information with NVIDIA, like if large customers move to RISC-V, an open-source competitor to Arm.

Arm may have no choice but to disclose that information because the lower sales, which companies like Xilinx are already openly threatening due to the deal, would hurt NVIDIA financially.

Huang reiterated that the two companies would be independent but said they could "compliment" each other.

"Arm is a world-class CPU IP company and the most popular CP core in the world. NVIDIA is a platform technology company. We're about the peripherals, the accelerated computing, the software stack, we're a platform company," Huang said, repeatedly arguing that the merger would increase innovation by allowing Arm to scale up its work.

"The benefit to the market and to Arm customers is going to be more IP, better IP, more accelerated road maps and hopefully taking Arm to the far reaches of the diversity of computing that is literally going in every single direction. The breadth of computing today is gigantic. The way that people want to use computers is different; the way that people want to design computers is different."

"What we can do is give it a whole bunch more speed and scale," he added.

Segars said Arm's tools are "building blocks" that save creators time and focus resources on innovative products. He argued that by ramping up production, Arm would be able to put their tools into more people's hands so that they can invent and build on top of it.

Both also said there was a plan to increase Arm's presence in data centers. Huang also noted that with Arm, NVIDIA would be able to bring AI to the edge.

"In order to bring computing out to the edge and into the new places we want to go, having a platform stack, having software capability, having understanding and reach into the ecosystem, working with the developers in the ecosystem. That capability is richly valued, and we have an opportunity to bring that together. I think there's a fallacy in equating Independence with strength and vibrancy, which is ultimately what the customers of Arm want."

He added that customers of Arm don't want just "an independent" or "open" Arm. They want a "strong" Arm that can handle going into new markets. The two argued that they were "driving down the cost of innovation" through the merger.

"We don't have to buy Arm. We want to buy Arm. These markets will benefit from AI," Huang said. "I'm excited about sharing our technology with a billion devices a day. They're all going to be intelligent and smart all over the world. Trillions of devices connected to the internet. This opens that up for us." 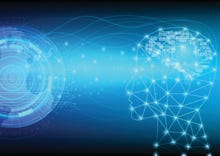 Join Discussion for: CEOs of Arm and NVIDIA discuss controversial...