The Consumer Electronics Show is about to wind down---mercifully---and it's time to hand out grades for the major tech players. Motorola Mobility and Nvidia move to the front of the class.
Written by Larry Dignan on Jan. 6, 2011

The Consumer Electronics Show is about to wind down---mercifully---and it's time to hand out grades for the major tech players. Motorola Mobility and Nvidia move to the front of the class.

This wrap focuses on the strategic positioning of the players at CES this week. Why? Let's face it: Many of the products highlighted this week are either six months away or vaporware. At best, CES is a demoware festival. That's part of the reason why I never go to CES. However, you do get a good feel for strategy from some key tech vendors.

With that in mind, here are my top 5 performances at CES from a strategic perspective.

Motorola Mobility: CEO Sanjay Jha did what he had to at CES. First, he diversified with AT&T and showed off the Atrix, which looks like a interesting contender to win the superphone crown. James Kendrick already has it pegged as best in show. Motorola was also out front with its Verizon Wireless 4G LTE launch with the Bionic. Toss in Motorola Mobility's Xoom tablet (right), which appears to be a showpiece for Google's Android Honeycomb effort, and the company had a solid CES. Motorola Mobility sees itself as a bridge between computing and mobility.

Motorola Mobility confirmed steps to diversify carrier relationships beyond Verizon (specifically, with Atrix 4G on AT&T) give us increased confidence that management is effectively addressing the threat of iPhone arriving on Verizon in 1Q11.

Grade: A. See all on Motorola Mobility.

Nvidia: The graphics chip maker is really stepping on the gas. Its Tegra2 is at the heart of several new handsets from Motorola and LG. In addition, Nvidia is positioned at the heart of 4G devices. With Motorola's Atrix, which docks to create a PC, Nvidia is subliminally positioning itself beyond phones. Speaking of that move, Nvidia also unveiled a CPU effort. Simply put, Nvidia was everywhere at CES---even at Audi press conferences.

Samsung: At CES, Samsung is everywhere. The company is talking phones, PCs, TVs and everything in between. The biggest standout for Samsung was its slider PC, which is a workable mix between a tablet and a laptop. Is Samsung's device an iPad killer? No way. However, Samsung may just have found a way to create a netbook done right. On the 4G device front, Samsung was also all over the place boasting powerful Android smartphones. One knock on Samsung was all the talk about Smart TV, which could be a rathole since the market is so fragmented. Also see:

Apple: Apple wasn't at CES, but the company looks better than everyone there strategically. The biggest takeaway: Despite dozens of tablets at CES there was nothing that looked ready to duel with the iPad. Motorola's Xoom looks promising, but the tablet needs to get to market first.

Google: The biggest event of CES---in my view---was the long demonstration of Android Honeycomb. Overall, the video---relayed by Jason Hiner---was impressive. If the tablet market is riding on Honeycomb, the demonstration gave me confidence that Android may just step up to the iPad plate. Google gets dinged because its TV efforts were barely worth talking about at CES. 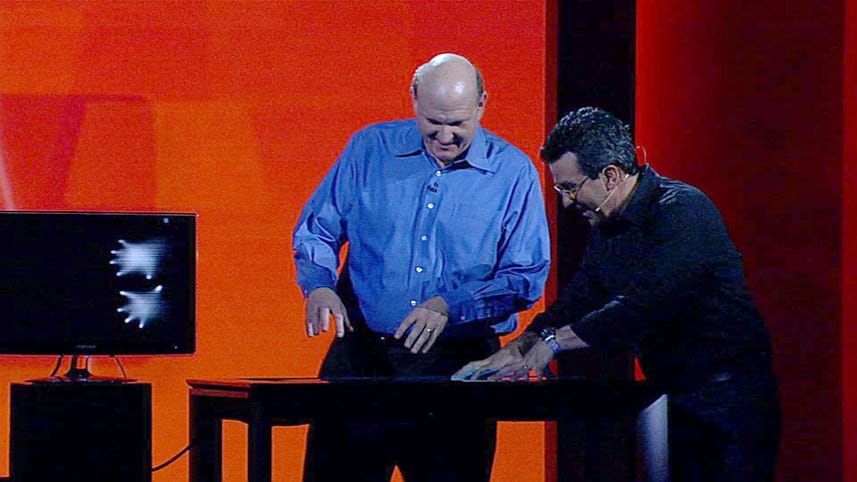