Jammers that can be bought for as little as $50 threaten commercial drones, but there are options.
Written by Greg Nichols, Contributor on Dec. 14, 2020 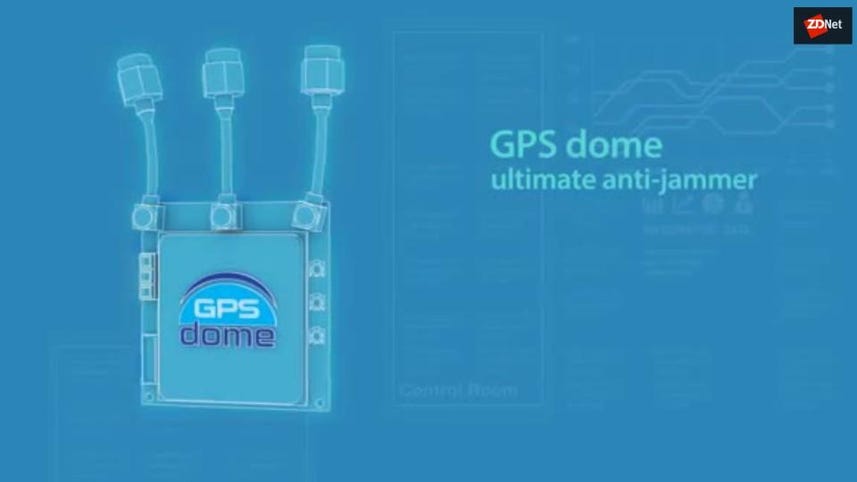 With rotors whirring and airframes hurling through the air, drones can be very dangerous when flights don't go as planned. There's been much teeth gnashing over the FAA's measured approach to commercial drone policy adoption, but the fact is there are real dangers, including from bad actors using inexpensive GPS jammers.

GPS signal jamming technology is evolving, decreasing in size and cost. Today, jammers can be bought online for as low as $50. Long a threat to military assets, jamming is now a commercial concern as commercial drone deliveries become a reality, and attacks are becoming pervasive globally. This threat now affects commercial, law enforcement, and defense drones on critical missions.

During a choreographed light show in Hong Kong in 2018, a jamming device caused 46 drones to fall out of the sky. The resulting property damage and loss of hardware cost an estimated HK$1M. Nearly all drones have safety protocols to send them home or to some safe landing location in the event of disruption. But those features proved ineffective at the Hong Kong show.

"These are professional drones, which are already built with technologies that would direct them back to the take-off origin," Anthony Lau Chun-hon, director of the event's board, told the South China Morning Post. "But the signals were so strong that many of them just dropped from the air."

Drones and their services are decidedly dependent on GPS signals. Even though the drone may be equipped with back-up methods (INS/OPS), GPS references are still required for positioning, navigation, and stabilization. GPS attacks, therefore, are the easiest way to take a drone down and potentially cause harm to life and property.

The good news is that solutions are arriving for commercial grade drones, and they come straight from the defense sector. One comes from a company called infiniDome, which makes a device called GPSdome that integrates into a drone's GNSS receivers and employs a unique interference filtering system that combines the patterns from two omnidirectional antennas. In real-time, GPSdome analyzes the interference signal and feeds its properties into infiniDome's proprietary algorithm to filter and reject any attacking RF interference allowing the UAS to continue GPS signal reliance during a jamming attack. Upon detection of a jamming signal, GPSdome notifies operators of a possible signal jamming interference.

"We chose GPSdome because it's a proven solution that perfectly suits the diverse missions our customers routinely fly in some of the world's most inhospitable and hostile environments," said Ido Gur, co-founder & CEO of Easy Aerial. "While our systems are equipped with multiple onboard redundancies, GPS signals are vital to maintaining position, navigation, and timing accuracy, ensuring uninterrupted operation."

This kind of lightweight, small form factor, low power consumption shielding technology is a crucial step toward widespread adoption of commercial drones. Other companies, such as Sepentrio, are also taking GPS jamming in drone applications seriously with integrated sensor solutions.

It's a sure bet there will be more attention given to the problem of GPS jamming and spoofing in the days ahead. Fortunately, it looks like developers are beginning to see tools that can help them counteract the growing threat.