Chinese authorities have given Nokia approval to go ahead with the €5.4bn sale of its devices and services business to Microsoft — and squeezed a few commitments out of Microsoft in the process.

Nokia and Microsoft had hoped to close the transaction by the first quarter of 2014, but Nokia last month pushed back the expected date to April due to ongoing reviews by antitrust regulators in Asia.

After Microsoft: Nokia's CTO on patent trolls, perfecting wearables, and how lazy brains shape tech When the Microsoft deal closes, Nokia will get a new unit called Advanced Technologies. Just what will this unknown quantity be working on?

The Chinese review took longer than the 30-day period such processes normally last. Some handset makers in China — including ZTE, Lenovo, and Xiaomi — reportedly raised concerns with China's Ministry of Commerce that the deal could lead to Nokia charging higher patent fees.

Europe's competition commissioner earlier fielded similar concerns from Nokia rivals , which claimed the sale could give Nokia an incentive to extract higher returns from its patent portfolio. The European Commission, however, only considered whether the deal could result in the market becoming less competitive.

According to Nokia, the regulatory approval process included a review of Nokia's patent licensing practices by several competition authorities around the world.

"During that process, no authority has challenged Nokia's compliance with its FRAND undertakings related to standard-essential patents (licensing on fair, reasonable and non-discriminatory terms) or requested that Nokia make changes to its licensing program or royalty terms," Nokia said in a statement today.

Microsoft also made a few patent concessions of its own to secure China's consent. For the next eight years, Microsoft will be required to makes its standards-essential patents available on FRAND terms as well as making its non-exclusive licenses available for Android smartphones. According to Microsoft, Android smartphones rely on 200 patent families that Microsoft controls.

Ahead of the deal, Microsoft  had stitched up Android licensing deals with the bulk of handset brands and original device manufacturers  and these will remain unaffected by the new commitments.

"There was an important principle with which MOFCOM approached these discussions from the beginning: any commitments should be focused on how our future conduct might change after we own the Nokia Devices and Services business, and should not impact our licenses signed in the past or historical practices," said David Howard, Microsoft's corporate vice president and deputy general counsel for litigation and antitrust. 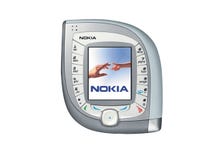 The strangest Nokia phones ever designed: gallery Nowadays, you have the choice of only one prominent phone design: the 'patented' slate-like touch-screen smartphone. But ten years ago, Nokia mobile devices were diverse, innovative and in some cases downright strange in order to meet consumer demand.

Ahead of the transaction Nokia established a new business unit under Advanced Technologies which will manage its massive wireless patent portfolio post-acquisition.

While the deal has now received approval from authorities in China, the US and Europe, Nokia's unfinished tax dispute with Indian authorities still hangs over the company there. On top of an original claim by India's central government , the Tamil Nadu state in the south of the country in March accused Nokia of dodging local sales taxes on devices it alleges were sold within India.

Nokia has dismissed the Tamil Nadu government's claims as "absurd".

Nokia has previously also said its tax dispute with the Indian government was not expected to affect the timing of the sale; however, the company has agreed to massive financial guarantees to achieve that.

India's Supreme Court ordered Nokia to pay a 35bn rupee ($572m) guarantee before it transfers its Chennai manufacturing plant to Microsoft as part of the sale of its devices and services unit.

Nokia had previously agreed to  pay Indian authorities €270m to unfreeze assets in the country. The order relates to Nokia's long-running dispute with Indian tax authorities over what it believes are at least $340m in unpaid taxes.

Read more on the Microsoft-Nokia deal