Chinese telco has opened a data centre in the UK -- its first of such facility in Europe -- which serves as an international network exchange and internet data centre, and will facilitate connectivity between Asia and Europe.
Written by Eileen Yu, Contributor on Dec. 19, 2019 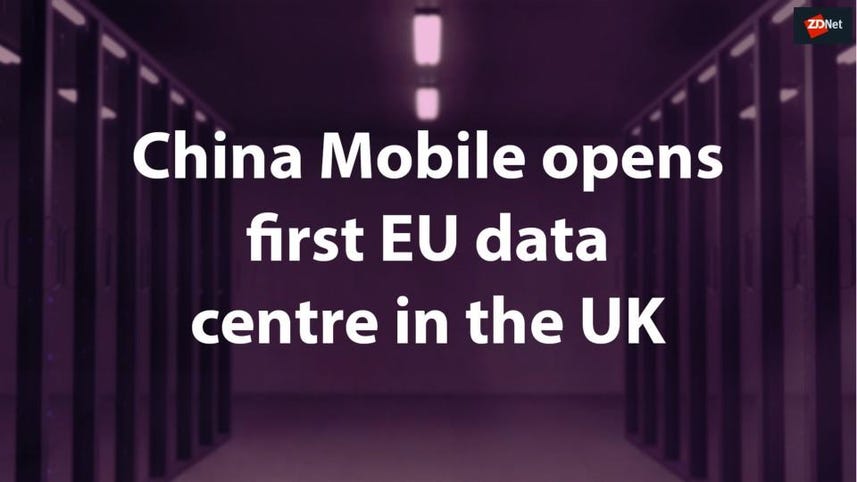 China Mobile International has opened a data centre in the UK, marking its first such facility in Europe. The new site serves as an international network exchange hub and internet data centre (IDC), and will facilitate connectivity between Asia and Europe.

The UK facility connects with the Chinese telco's Singapore data centre, launched in July,  as well as its global network centre in Hong Kong, said China Mobile in a statement Thursday. It added that it currently was building more data centres in Frankfurt, Germany, as well as other locations.

These would enable connections within and between Europe, Middle East and Africa, Indian Ocean, and Asia-Pacific, according to the telco.

China Mobile International's chairman and CEO Li Feng said: "We continue to see strong customer demand for connectivity, cloud, and content delivery solutions between Asia-Pacific and Europe, but also among with Middle East and Africa regions.

"In the big data era, data centres play a key role in facilitating information exchange," Li said, adding that the UK data centre would support customers in the financial sector as well as online businesses.

Singapore telco teams up with China Mobile Internet to drive the adoption of both carriers' IoT services and launches an "artificial intelligence-powered" IoT network on Microsoft Azure.

For two hours, a large chunk of European mobile traffic was rerouted through China

It was China Telecom, again. The same ISP accused last year of "hijacking the vital internet backbone of western countries."

The UK telco has secured nationwide licences in China that will enable it to directly contract and bill Chinese customers, marking the first time a foreign telecommunications company has been allowed to do so across the country.

AI & Robotics
Brazilian organizations to invest $2.9B in data projects in 2022