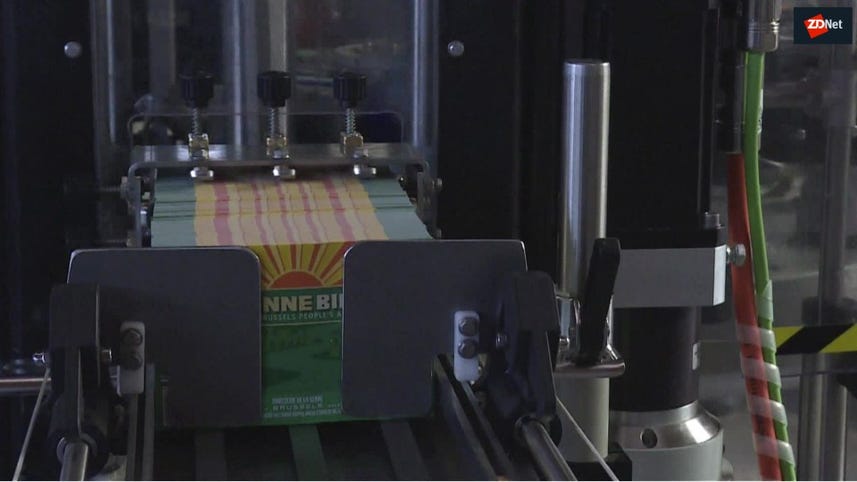 Clever marketing is an imperative in industries where competition is high: beer-brewing in the US, for example.

According to analysts Nielsen, more than 3,900 new beer products are launched every year on the US market. Three out of four of these are craft beers, making it a market where it's extremely hard to get noticed.

Aware of the problem, San Diego-based brewery Coronado Brewing Co. began looking for new ways of differentiating its brand in a crowded marketplace.

Together with Norwegian manufacturer of printed electronics Thin Film Electronics, the brewery has developed a smart NFC-enabled beer coaster which allows the company to communicate with its customers using mobile marketing.

By tapping on the coaster with their NFC-enabled mobile phone, beer fans are led to a customized landing page, video, or other digital asset.

The coaster was tested with CoastWise Session IPA, a new craft beer introduced by Coronado, which was made in collaboration with the environmental organization Surfrider Foundation.

A portion of the revenue from sales of the beer is donated to Surfrider, and Coronado was looking for a way to tell the story of the beer, as well as of the environmental campaign behind it.

To gain reliable insights into the effect of the campaign, Thinfilm and Coronado used 20 boxes containing 2,500 coasters each. Each coaster had a one-week lifecycle, and each box had a 35-day average lifecycle. The coasters were distributed in batches over the course of a month to allow the brewery and Thinfilm to measure the data over time for the best results.

Consumers responded well: compared with the 0.2 percent click-through rate for Coronado's existing advertising, the company saw a big increase in consumer engagement in the form of tap rates.

The average tap rate for the boxes during their 35-day life span was 1.65 percent. The best box had 2.24 percent tap rate. The week-over-week growth rate for tap rates through the lifespan of the box was seven percent.

This added up to an increase in conversion rates of between 13 and 17.5 percent compared with Coronado's other marketing channels, measured by visits to the brewery's web page initiated by consumers tapping the coasters.

This test-and-learn campaign has made the brewery look into more possibilities with Thinfilm's technology. The wow-factor was high, and consumer took their coasters home as a novelty item, while Coronado also saw questions from consumers about whether tapping the coaster would direct them to where they could buy the beer from the brewery.

As a result, Coronado plans to use its remaining coasters to direct the consumer to the company's ecommerce page.

Thinfilm recently opened its new US headquarters and production facility in San Jose, California. The facilities were previously a Qualcomm factory, and is now a 22,000 square foot clean room. There, Thinfilm expects to produce up to five billion NFC-enabled labels a year, when full capacity is reached.