Full Bio
Posted in Between the Lines on September 11, 2019 | Topic: Google 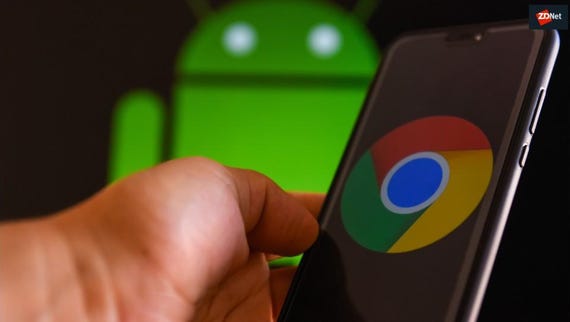 Chrome on Android: Be aware of the disappearing URL bar
Watch Now

Google has released version 77 of the Google Chrome browser for users of Windows, macOS, Linux, ChromeOS, Android, and iOS.

This new version was initially supposed to include an improved customizer for the "new tab" page, but the feature's rollout has been delayed for a future release.

Instead, the only UI-related change in yesterday's release is the removal of the UI indicator for EV (extended validation) certificates from the browser's address bar.

You might be very familiar with EV indicators, although you might not know that's what they're called. See here, for examples. Starting with Chrome 77, they're now gone, and they'll soon be removed from Firefox too.

Google said the EV indicators were rather useless at conveying information about the security and authenticity of the sites a user was accessing and removed them from the browser UI. Many security researchers agreed with Google's decision.

EV information will still be available, but not presented to users in such a prominent space in the URL bar. Instead, it will be relegated to the drop-down panel that appears when pressing a site's green padlock indicator, next to the other TLS information.

But if Chrome 77 had a central theme, that would be "performance." This release includes several new features that had been added to help developers gauge the performance of how their sites are loading inside Chrome.

The most useful of these is a new metric called "Largest Contentful Paint." This is available in Chrome's Developer Tools section. Developers can use it to measure the time Chrome takes to display a readable version of their site in the "above-the-fold" (user-visible) section of the browser, while the rest of the site still loads in the background.

The idea is to allow developers to optimize content that needs to load first and defer the loading of elements that aren't visible on-screen at first. Largest Contentful Paint will let developers know how much time it takes for their site to become visible to users, and work towards getting this metric down, rather than optimize performance metrics that don't usually mean anything to end-users.

Further, Google is also testing a new UI element as part of its "Origin Trials," a dashboard that lets users sign up for experimental features.

Called the Contact Picker API, this new UI element is a system through which websites can access and select contacts from a user's phone.

Google said this new API has been one of its most demanded features. The new Contact Picker API will only be available for Chrome for Android, and a blog post detailing its features is available here.

There is also another sneaky feature that's been added to Chrome's Policy List, a feature that lets system administrators enforce configurations for Chrome browsers across an enterprise.

"If this policy is set to enabled, Google Chrome will enforce guest sessions and prevents profile logins," Google said. "Guest logins are Google Chrome profiles where all windows are in incognito mode."

But we only touched on the most interesting changes. Users who'd like to learn more about the other new features added or removed from the Chrome 77 release can check out the following links:

Join Discussion for: Chrome 77 released with no EV indicators,...