CIO Jury: 58% of tech leaders say robotics will play a significant role in their industry within the next two years

The coronavirus pandemic is playing a role in how fast companies plan to adopt robotics.
Written by Teena Maddox, Senior Editor on July 1, 2020 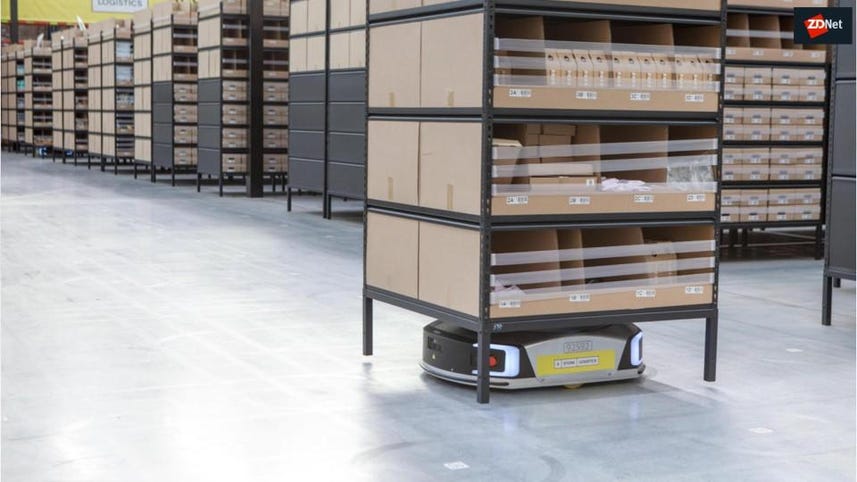 Robotics is a technology that impacts industries across a range of verticals, and not just agriculture and manufacturing where it's been used for decades. Robotics will be playing a greater role in settings from banking and retail, to cloud-solutions providers and healthcare, according to a TechRepublic CIO Jury poll.

When asked, "Will robotics have a significant effect on your industry in the next 1-2 years?" seven out of 12 tech leaders said 'yes', while five said 'no'. That means 58% of tech leaders in TechRepublic's informal poll believe robotics will make a difference in their enterprise sector.

Those weighing in on the 'yes' side include John Gracyalny, vice president of digital member services at Coast Central Credit Union, who said "I will answer 'yes', with a big caveat. Financial services does not lend itself to robotics in a typical sense, such as in manufacturing. But what we are seeing, and expect to see increase, is the use of in-branch self-service kiosks generally referred to as ITMs, or Interactive Teller Machines, replacing some human teller stations. They are similar to ATMs, but typically support a wider set of transaction types, and often have the ability to connect remotely to a human representative via chat or video for questions and assistance for more complex transactions."

Richard Schwartz, president and CEO of Groceryshop, said "Yes. Robotics is absolutely beginning to have a large impact on the retail tech industry. Robots are a way to deliver a computer vision/AI solution to a $1 trillion problem -- stockouts -- by providing an accurate, quick way to check on store shelf inventory. For instance, it helps to ensure your local supermarket doesn't run out of your favorite mustard. Checking for stockouts is very eyeball-intensive today -- lots of people walking down the aisle and staring at the shelf, trying to identify what is out of stock or in the wrong place. It's hard for people to do and takes time away from working with customers. Robots, both ground-based robots and aerial robots (a.k.a. drones), can be faster, safe and more accurate."

The coronavirus pandemic has changed the mind of some participants on the importance of robotics.

"I would have normally said 'no'. But given the current pandemic, I could see some type of robotics being developed when it comes to person-to-person interactions, trying to eliminate that. This might just fizzle out if a vaccine is made and all goes back to somewhat normal business as usual," said Steven Page, vice president of IT for marketing and digital banking for Safe America. "Financial institutions are using robotics to audit expense reports, manage incoming vendor invoices and process vendor payments. In saying that, RPA (Robotic Process Automation) could become the norm on the software side faster because of the lower costs and faster speeds it can deliver."

Schwartz said that in retail, "In the time of COVID, it also increases the safety for store workers, since inventory can be done quickly and automatically."

Emil Sayegh, CEO of Ntirety, a cloud-solutions provider, said "Robotics will have a major impact on our industry as we will see more and more automation in factories, healthcare, and agriculture as a consequence of the COVID-19 pandemic. Other than cost, efficiency and accuracy, robotics are also a way to mitigate against the vulnerability of the workforce due to pandemics. With robotics becoming more prevalent, we will see data latency becoming a major factor in how customers are selecting the supporting cloud infrastructure."
Sean Lane, CEO of Olive, said "Robotic process automation (RPA) and artificial intelligence (AI) technologies will continue to have a major impact on the healthcare industry in the near future. In fact, nearly two-thirds of healthcare decision-makers plan to implement automation technology at their hospital or health system within the next two years."

The other five jury members all voted 'no', but Timothy Wenhold, CIO at Power Home Remodeling, said he expects to see more robotics in his industry in five to ten years.

"Several months ago, there were plenty of headlines implying that robots were going to obliterate jobs in increasingly automated industries. But then the shutdowns that resulted from COVID-19 shone a spotlight on how important human workers are to industries like manufacturing. Robots and automation may replace repetitive tasks, but they don't have the flexibility to quickly change and adapt when something unexpected comes up -- a key learning from the pandemic. Humans in manufacturing aren't going away," Whittle said.