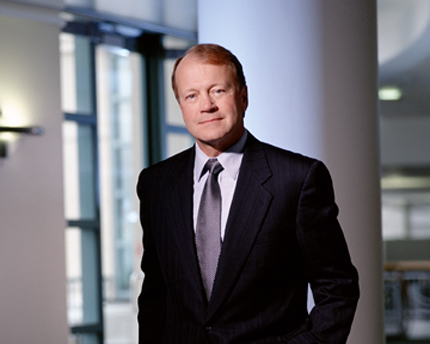 ...From “virtual health care” to “cloud computing” and “safety and security” to “routers in space”, the company is tackling more than 30 “market adjacencies”, as new areas of growth are called in the corporate argot. Mr Chambers expects to keep adding more. He hopes that at least half will be successful and generate 25% of Cisco’s revenues within five to ten years.

Wall Street worries this approach might stretch Cisco too thinly, despite past evidence to the contrary after the last economic slowdown in 2002 when the company expanded into new markets in advanced technologies - internet telephony, optical networks, wireless equipment, for example - which now bring in 25% of Cisco's profits.

Cisco are a poster child for effective organizational  design around large scale collaboration. With their....

...structure based on lines of business, it has developed an elaborate system of committees made up of managers from different functions. The job of most of these groups is to tackle new markets. “Councils” are in charge of markets that could reach $10 billion. For “boards” the number is $1 billion. Both are supported by “working groups”, which are created as needed. There are about 50 boards and councils, with some 750 members. Cisco has given up counting the working groups, because they come and go so quickly.

Inevitably the seven years of change internally to organize around 'a culture of collaboration' has produced dissenters, particularly those who, as solo stars, were squeezed out. Employee burn out in a truly global company operating across all time zones has also been noted. Nevertheless,the 'co-ordinate and cultivate' is also seen by many as the only choice for a company Cisco's size: the old ''command and control' hierarchy Chambers was adept at leading was running out of head space and the matrix organizational model is seen as the best way to foster innovation and keep momentum in the sixty six thousand employee firm.

Chambers is tackling, in public, the deceptively difficult challenges of aligning business goals with technologies. Keeping the core business running while expanding into new areas requires agility and constant innovation.

This weekend, John Moore, VP of engineering at Swimfish, identifies IT failures as lacking 'the three C's':  Commitment, Communication and Capability, on his blog.

I was particularly struck by John's thoughts on Commitment:

Unfortunately, the truth is that leadership, or the lack there of, is the core problem.  Business and IT leaders must come together as leaders of the overall company, not leaders of their individual organizations, and agree to invest their finite resources in the same direction.  This is critical for success.

'Communication' and 'capability' are fairly self explanatory follow-ons to the above in John's post but for those critiquing the Chambers working methods at Cisco, the coordination of resources there around agreed objectives leave little space for 'secret' IT adventures.

The reality is that many large companies are deeply siloed and fragmented, with the left hand not knowing what the right hand is doing. No amount of collaboration technology, from free wikis to expensive Telepresence hi-def video conferencing will resolve these core business leadership and strategic problems.

I'm sure Cisco's internal mechanisms are in some cases far from perfect, but the fact that Chambers is walking the walk deserves support and acknowledgement from those in favor of his approach.

There are plenty of theorists in the management consulting and academic world: Chambers is blending new work flow methods and processes with new technologies on a macro level.

To quote the Economist again:

Given its track record with other institutional innovations such as acquisitions and outsourcing, Cisco has a good chance of coming to exemplify a new world of “co-ordinate and cultivate” in the same way that GE stood for “command and control”. If this does not come to pass, it will not have been for want of ambition. After all, Mr Chambers’s goal, as he recently put it, is nothing less than for Cisco to become “the best company in the world”.